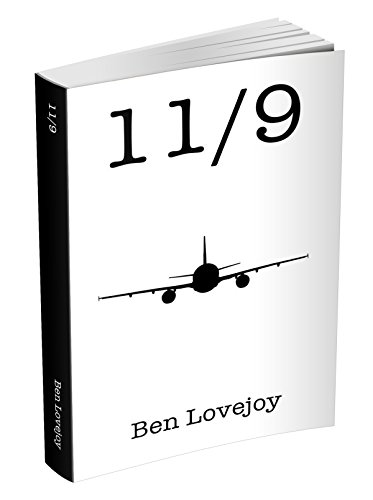 "Captivating and terrifying concept. Beautifully written, the author creates relentless and escalating tension. Great characters, whose motivation is always at the forefront of the novel giving them an eerie sense of purpose and determination. Fabulous attention to detail, makes the whole experience riveting. The book is quite unputdownable."
- Eric Styles, Director of Dreaming of Joseph Lees

9/11 was the world's worst terrorist atrocity.
Julian Fox intends to change that fact.
The planning will take months.
The attack will take just two minutes.

9/11 had been four airliners, three buildings
and 3,000 deaths. What Fox is planning
will down 1300 airliners, devastate
countless city centres and kill around
half a million people.

Sarah Green is an Aviation Risk Analyst in
the Dept of Homeland Security. Her job is
to out-think the terrorists: identify weaknesses
in airline security arrangements, figure out
how those weaknesses might be exploited
and get protections in place before the
terrorists get their chance.

Neither knows the other exists, yet the two
are locked into a race that only one of them
can win.

Note: The author is British, and the novel is written in British English. Americans can expect to see some unfamiliar spellings.

Ben Lovejoy is a British tech writer and author. He has written two techothrillers – 11/9 and The Billion Dollar Heist – and a non-fiction travel guide, The Gentle Art of Travel. He has a romcom due out in the summer, and is currently working on a series of SF novellas. You can join his occasional mailing-list at www.benlovejoyauthor.com to be among the first to know about new books, and to get access to special launch pricing.