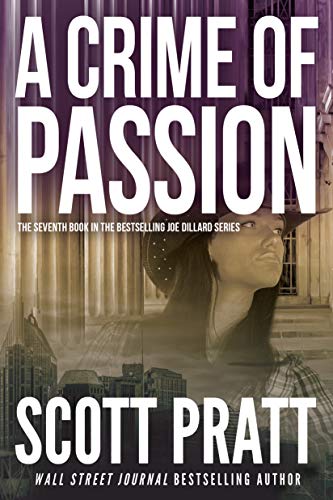 The owner of her record company is charged with murder.

In the seventh installment of Scott Pratt's bestselling Joe Dillard series, Dillard is hired to travel to Tennessee's capital city to defend Paul Milius, a record company baron accused of strangling Kasey Cartwright, his label's young star. Dillard navigates Nashville's unfamiliar legal system and the world of country music in search of the truth, but he soon finds himself confronted with a web of lies so masterfully woven that he fears he may never find any answers. As the trial begins and the tension mounts, Dillard fears that not only will his client be wrongfully convicted, but that Dillard himself may not survive.

"If you like Reacher, the Lincoln Lawyer, Jake Brigance and Paul Madriani, you'll be excited to meet Joe Dillard!" --Amazon Five-Star Review

"I love the Dillard Series by Scott Pratt. As a retired attorney who practiced transactional law and not civil or criminal litigation, I appreciate the way Scott reveals the tension between defense attorneys and prosecutors, the prejudices of both toward each other, the Judge, and law enforcement." --Amazon Five-Star Review