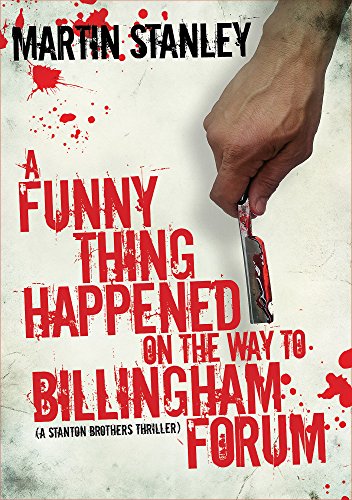 The job should have been easy. Put a gun against a drug dealer's back, walk him to his car, grab his cash, and dump him unharmed in the middle of nowhere.

But when the Stanton brothers choose the wrong partner for the task they realise that there's no such thing as an easy job. Their screw up has had consequences...

Reluctant criminal Harry Sparks wants to get the money back to keep his young family out of harm's way. His boss, Jonno, wants somebody, anybody, to pay for the mistake, and Harry is as good a candidate for punishment as any. And then there's psychopathic Billy Chin, who'll quite happily take care of anybody who gets in his way.

They're all chasing the Stanton brothers, and each other, across the industrial landscapes of Teesside for a cool fifty thousand in cash.

Robbery, assault, blackmail, and murder - it's all in day's work for this bunch of rogues. And one thing is for certain: this is one day's work that is going to end badly for somebody.

From the bestselling author of The Glasgow Grin. The fast, funny, and ferociously violent A Funny Thing Happened is the best Stanton brothers' thriller yet.

WARNING: CONTAINS VERY STRONG LANGUAGE AND VIOLENCE THROUGHOUT. NOT FOR THE EASILY OFFENDED OR THOSE OF A SENSITIVE DISPOSITION.