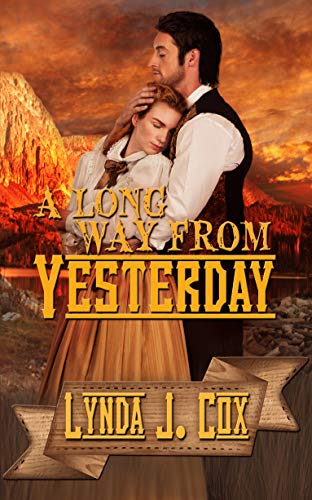 A Long Way from Yesterday

He's everything she fears…
Colt Evans didn’t choose to be a gunfighter. When he’s injured in a shootout and stumbles onto a remote homestead, he didn’t expect to find compassion. But beautiful Amelia McCollister is like no other woman. Colt finds his dream of settling down with a wife and home is within his reach—but only if his past doesn’t come gunning for him. Maybe, a shootist can hang up the hardware.

She's everything he dreams of…
After outlaws murdered her parents, Amelia was left to raise her siblings alone. With a young brother who idolizes shootists, and a little sister traumatized by the ordeal of witnessing their parents’ murder, Amelia dreads having a notorious gunman in her home. But as Colt slowly recovers, he reveals a caring nature under his tough exterior that Amelia can't resist. She believes Colt can leave his past in yesterday.

Just when Colt starts to hope he can leave the gunfighter life behind, his past returns, bringing danger to them all. Will their dreams disappear in the smoke of a desperado's gun?

Lynda J Cox is an award winning western historical romance author. She writes perfectly imperfect characters while remaining authentic to the time period--so much so she leaves her readers with a book hangover. Three separate books have been RONE nominees, while one was a finalist and the runner-up in the highly contested Victorian/Western category. Two of her books have won the Raven Award.