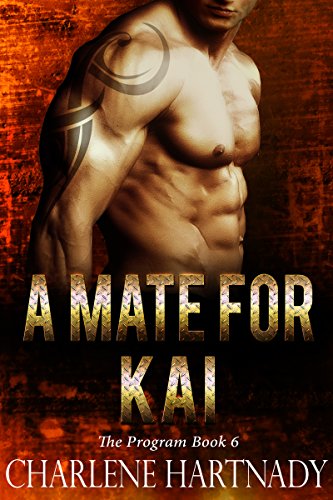 A Mate for Kai (The Program Book 6)

Vampire Novel
Human women required.
Must be enthusiastic about interactions with vampires. Must be willing to undergo a stringent medical exam. Must be prepared to sign a contractual agreement which would include a nondisclosure clause. Limited positions available…

Whilst on duty in Sweetwater, Kai disappears for a couple of days. All his superiors know is that he was with a human female. Based on the limited information he's disclosed, they suspect that she might have been in heat. This could spell trouble for the vampire species.
The male isn't talking. He won't disclose her identity. Won't say a damned thing. Hopefully there won't be any comebacks. Hopefully it's the last they'll hear of it…

This book can be read as a standalone but would be best enjoyed as a part of the series. No cliffhanger!
The story contains strong sexual themes/language and is not intended for readers under the age of 18.