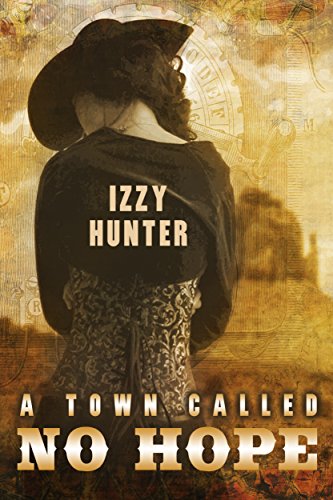 A Town Called No Hope

Mona Miller would agree that her life is not too shabby. Sheriff of a prosperous mid-west settlement and with her mute lover Henry by her side, it's a far cry from her wild antics back in England.

But after an ill-advised bank robbery goes wrong, Mona pursues the thief, via airship, to the city of New Moray. There she catches the culprit and plans to bring him back to face the music. So far, so easy.

But what isn't so easy is dealing with a criminal mastermind who spends his time controlling his illegal activities in an underground labyrinth. Nor with a handsome stranger who just wont leave her side.

And when she finally returns to No Hope, what she finds there could destroy the very life she has carefully built for herself and those that she loves.

Scottish author of light, speculative fiction. Doctor Who fan and genuinely would love to scoot around time and space in my very own TARDIS!