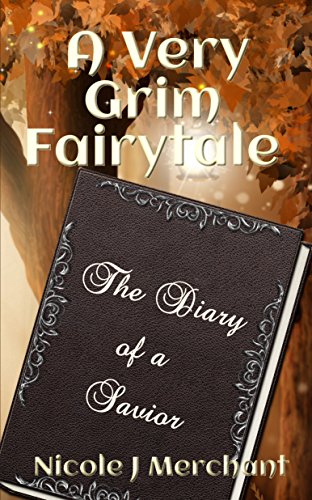 A Very Grim Fairytale: The Diary of a Savior

Young Evangeline Blackstone doesn't have a care in the world. Barely twenty she does what all elven girls her age do-party, shop, and look for the cutest guys. That is until her mother drops a strange book on her desk-a book with blank pages. Evangeline knows no such sorcery, but finds out soon enough why the pages are blank.

Long ago, a forbidden love affair between a prince and a poor maiden of enemy clans plagued their land. But, tragedy and despair soon followed, and they cursed the clans they called their own. Now, centuries later, the Elders of the two clans have devised a plan to rid them of the curses for good. The problem is, only one elven girl can achieve it.

The Elders call her the savior. The one elf who can rid the clans of the evils cursed upon them centuries ago. To make matters worse, Evangeline has to document her every action-just in case she fails.

Will she be able to accomplish the task entrusted to her, or is she destined for failure like all the rest?