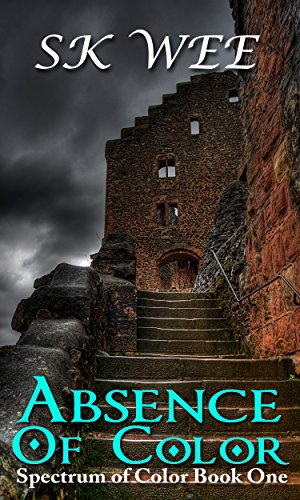 Absence of Color: Spectrum of Color Book One

Frankie the daughter of Bhaelor's Ruler and her father's servant. Only it gets worse. He's going to trade her into slavery.

Twig, kidnapped after his mother's death, is used and abused by Bhaelor's ruler. Since Twig is believed to be dead, there's no one looking for him.

Conny, a young mage, is tricked into coming to Bhaelor. His magic may give his master the true power he desires.

Rescued by an underground spynetwork, Frankie and Twig realize they have a chance to right some wrongs. Frankie is optimistic and believes in a good future. Twig is bitter and ruled by his past. He wants revenge. Conny is left behind to learn the full extent of his magic but he will not be easily tricked again. Each must play a part in pretending to be something they are not. They share a destiny, a converging path but can they overcome the horrors they've lived to discover their true abilities? Who can they trust? Appearances can be deceiving and no one is who they first appear to be.