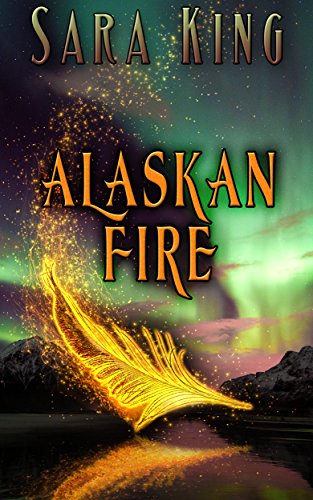 For lovers of Contemporary Fiction and Romance, Werewolves & Shifters, Mythological Fantasy, Paranormal & Urban Fantasy, and Adventure Fantasy, Alaskan Fire is a groundbreaking leap into the myths and monsters of old.

Blaze MacKenzie is a brand new heiress who just discovered that her 'parents' actually found her abandoned as an infant in some bizarre human sacrifice in the woods. Along with that letter came a six hundred thousand dollar check, a strange golden feather, and the ability to move to the Alaska Bush and begin her dream-life living off the Grid.

Unfortunately for Blaze, life in rural Alaska isn't as peaceful as she expected. Among her many startling discoveries is that her sexy new handyman, Jack Thornton, has already 'claimed' the territory that her new lodge is sitting on, and he doesn't plan to leave…

Further complicating matters, Jack makes it clear to Blaze that there are a good many things that go bump in the Alaskan night, and when a pack of werewolves goes rogue and starts killing or turning everyone along the Yentna River, Blaze and Jack find themselves in a fight for survival in this magic-soaked Land of the Midnight Sun.

While Alaskan science fiction/fantasy/romance author Sara King is not six-foot-four with carrot-soup hair and eyes that'll make a wereverine stare, she does live the same crazy, socially questionable, off-the-grid lifestyle that she writes about in Alaskan Fire. She is fully acquainted with the quirks of outdoor plumbing, grizzly bears, questionable hygiene, private arsenals, and hypothermia, and has a vast and inspiration-rich wilderness right off her front doorstep. Find her on Facebook at www.facebook.com/kingfiction or email her at kingnovel@gmail.com.