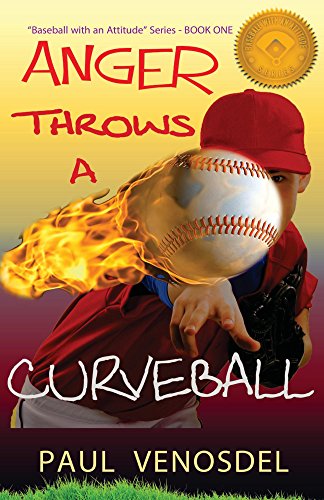 ANGER Throws a Curveball: Baseball with an Attitude, Book One

Brent, the coach's son, is his father's best player on the 12-year-old Little League baseball team. The team is playing for the State Championship. His team is ready. They expect to win. But outbursts of uncontrollable anger from players, their parents, coaches, and officials threaten Brent's enthusiasm and concentration for the big game. Game Day comes, and Brent's nerves and emotions are a wreck. Then some unexpected events--some funny, some heart-warming, during the Baseball Championship event-- open his eyes to a score that really counts, even after the Championship game. It was a close and exciting game, but Brent is surprised and excited about an entirely different score.

Paul Venosdel has managed more than 25 youth baseball teams. His innovative and inspiring style of coaching is based on his belief that what matters most is instilling truth, confidence and character in the lives of children.