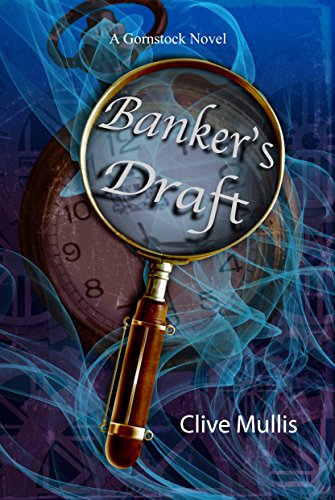 "He's lucky they didn't nailthat to the floor!"

Somewhere, stuck between the universes, lurks the city of Gornstock, a city where... Let's put it this way, the Big Bang face-palmed when it realised what it had done.

The trouble is, someone has to live there.

A body turns up at an accountant's and surprisingly, boredom is not the killer; so who did it, and why?

Private Detectives, Jack Cornwallis and Frankie, have their work cut out trying to find the answers but Gornstock doesn't do simple and it doesn't do easy either; and then there's the new trainee...

The first in a comedy-fantasy detective series; an elbow jab into the ribs of reality.

Lives in Bedfordshire in UK with his wife, son and the added extra; a loopy dog! Spent thirty years as a paramedic honing a slightly warped sense of humour. When not writing spends his time reading, walking and sampling the local beer.