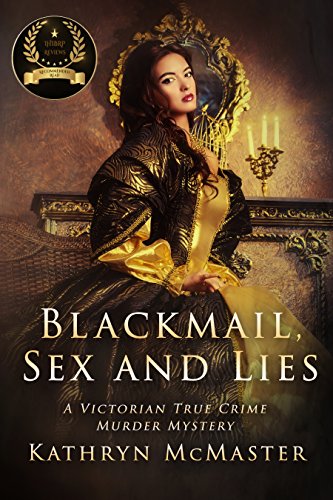 For more than 160 years Scottish society and the world at large, were scandalised by the brazen and unbecoming behaviour of young Madeleine Hamilton Smith that ended in murder and mayhem, and remains unsolved to this day.

Madeleine has everything going for her. She is a single young woman from a good, upper-middle class family. However, instead of romancing young men within her own social circles, she encourages a working-class man almost a decade older, soon becoming lovers.
Her behaviour, the like seldom seen in polite society of the day, brings shame and disgrace upon her family. Despite being forbidden to see him, she defies her family by continuing the relationship, and ignores any advice from her friends.

Her life changes forever when her lover suddenly dies. Arrested on suspicion of murder she finds herself the center of "The Trial of the Century" due to the nature of her actions, and the salacious contents of her love letters, now evidence, which causes maids and men to blush alike.

Does Madeleine kill her lover because she sees no other way out of an increasingly difficult situation she just cannot extract herself from?

Is it his vengeful threats of blackmail, or his disturbing and malicious treatment of her, that is his undoing?

Does she poison him to silence him, or is she as innocent as she fiercly proclaims?

By reading the unfolding of this true account, with British detectives McLauchlin and Murray hot on her heels, you can sift through their evidence, and make your own conclusions.

Kathryn McMaster is the bestselling author of her debut novel, "Who Killed Little Johnny Gill?" Another Victorian murder mystery of a brutal, unsolved true crime of a young boy that shook the Nation.

Her writing appeals to fans of authors like Anne Rule, Kate Summerscale or Julian Barnes.

Kathryn McMaster is a best selling author of true crime murders. Her debut novel was well received and she has gone on to write a very succesful series entitled, "Kids who Kill" looking at child murderers of all ages. If you enjoy books by Ann Rule and Jack Rosewood, you will enjoy these.