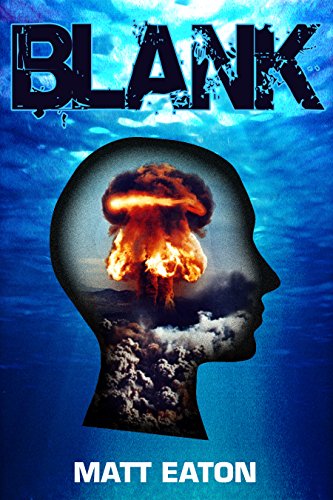 Two global disasters in one day - what are the odds? Many say too high… and the Antarctic collapse had to be an act of terror. China and America are blaming each other.

Stone Luckman doesn't care. He's just searching for survivors in the flooded carcass of the Gold Coast. It's the sole reason he joined up again.

For weeks now, he's been plucking survivors from shattered high rises along what was once the beachfront.

Guided by visions of an Aboriginal spirit man pointing the way.

Of course, most survivors are Blanks, minds wiped clean by a massive solar storm like some cosmic neural hack.

To those with a mind still intact, the Blanks are terrifying - hardly human at all. Only worth a bullet.

Luckman thinks he can save them. When he rescues Mel he knows he's been led to her for a reason… that she's the key to it all.

But first they'll have to prevent a war.

Blank is a remarkable post-apocalyptic mystery. Take this trip - you'll never forget it.

Matt Eaton lives in Brisbane, Australia and is an author of fiction and a journalist of fact. When he’s not making stuff up, he works for the Australian Broadcasting Corporation (ABC) digital news service.

He’s worked in the media for more than 30 years, including seven years at the ABC’s youth radio network Triple Jay, where he was a news reader and reporter, making travel docos and tripping around the world covering pro surfing events. These days, Matt enjoys a quieter life in Brisbane. He likes swimming, walking, reading, as well as devouring the best shows on Netflix with his wife and daughters. He’s a lover of both kinds of music — rock and jazz.