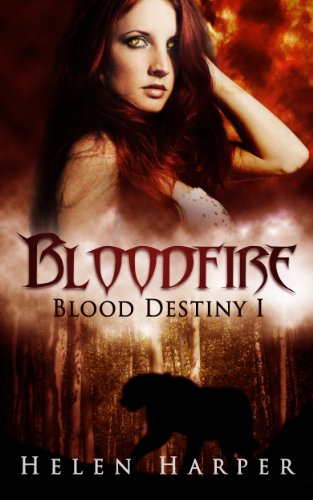 "A spectacular and addictive series."

Mackenzie Smith has always known that she was different. Growing up as the only human in a pack of rural shapeshifters will do that to you, but then couple it with some mean fighting skills and a fiery temper and you end up with a woman that few will dare to cross. However, when the only father figure in her life is brutally murdered, and the dangerous Brethren with their predatory Lord Alpha come to investigate, Mack has to not only ensure the physical safety of her adopted family by hiding her apparent humanity, she also has to seek the blood-soaked vengeance that she craves.

This is the first book in the urban fantasy Blood Destiny series.

After teaching English literature in the UK, Japan and Malaysia, Helen Harper left behind the world of education following the worldwide success of her Blood Destiny series of books. She is a professional member of the Alliance of Independent Authors and writes full time although she still fits in creative writing workshops with schools along with volunteering to teach reading to a group of young Myanmar refugees. That’s not to mention the procession of stray cats which seem to find their way to her door!

Helen has always been a book lover, devouring science fiction and fantasy tales when she was a child growing up in Scotland.

Helen currently lives in Kuala Lumpur, Malaysia with far too many cats – not to mention the dragons, fairies, demons, wizards and vampires that seem to keep appearing from nowhere.

You can find out more - and learn how to get a FREE copy of Corrigan Fire - by visiting Helen's website: helenharper.co.uk