Originally from England, Bobby Fisher currently lives in Australia with his wife and family of eleven birds and sixteen guinea pigs.

He has been an avid reader of a variety of genres since childhood, including Science Fiction, Horror, and Fantasy. He enjoys the works of authors such as Philip K. Dick, William Gibson, Stephen King and more recently Colin F. Barnes and Rosa Montero.

Upon graduating from University with a degree in Archaeology and Ancient History, he worked as an Assistant Language Teacher in Japan before moving to Australia. After deciding to make use of his personal passion for tech and computers, he went back to University part-time and graduated with a degree in I.T., leading to his current job as an I.T. Technician.

He took the leap from reader to storyteller in 2016, with his first published story 'Ewyn: A Thief's Fortune'. 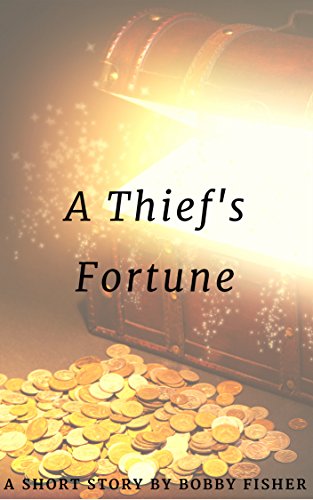 Orphaned at a young age, Ewyn is a thief by necessity. After his sister falls ill, a rash act leaves him in the cruel hands of Lord Ravensworth. Condemned to an inescapable prison, can Ewyn use his talents to free himself and return to his sister in time?