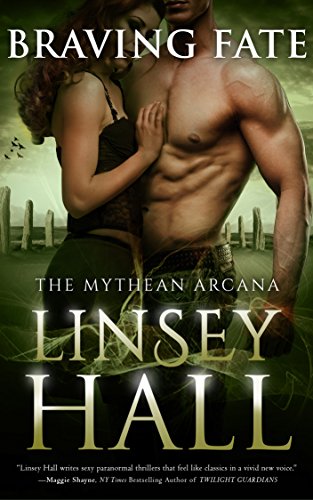 A love that has spanned centuries. And evil that waits to destroy them.

Diana, a reincarnated warrior queen, and Cadan, an immortal warrior, team up to defeat an ancient evil from her past life. Thrown together in a shadowy world that exists alongside our own, Diana must learn to fight the demonic forces that want her dead. When Diana attempts to seduce Cadan for information about her past, he aches to claim her. But he's sworn to protect her from everything…even himself. His greatest battle will be resisting a passion that has lasted centuries... and is prophesied to destroy them both.

Warning: Explicit love scenes and adult language ahead! Turn back now if these aren't your style.

Before becoming a writer, Linsey was an archaeologist who studied shipwrecks in all kinds of water, from the tropics to muddy rivers (and she has a distinct preference for one over the other). After a decade of tromping around in search of old bits of stuff, she settled down to started penning her own adventure novels and is freaking delighted that people seem to like them. Since life is better with a little (or a lot of) magic, she writes urban fantasy and paranormal romance.

Learn about Linsey's new books by joining her newsletter at www.linseyhall.com/subscribe