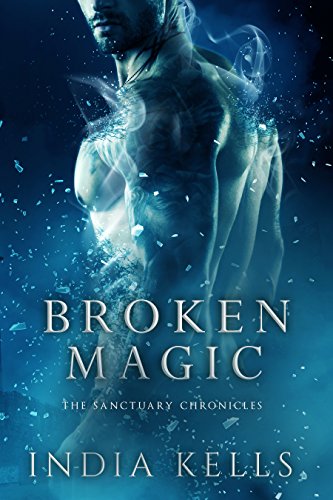 A cursed witch. A vengeful werewolf. A twisted love spell.
In this world where legendary creatures roam, and magic is ruled by an unyielding High Council, Valeria Lancaster knows, from her strict upbringing as a witch, the value of order, rank and discipline. So when her powers wreak havoc around her, killing people - even her own mother - she has no other choice but to flee.
Unfortunately, the best hideout can't protect her from Asher Stonelake, a Sanctuary Master and a werewolf with a dire taste of vengeance. The Lancasters have killed his entire family and he won't rest until the witch who murdered his sister suffers the worst kind of death. When he catches the scent of his enemy and Valeria becomes his captive, Asher can't wait to break her, until he notices that something or someone may already have.
Vengeance must wait, as trouble knocks at the door, and his enticing prisoner may in reality be more friend than foe. Even maybe an ally…

A contemporary paranormal romance full of suspense and heat with HEA! Enjoy!