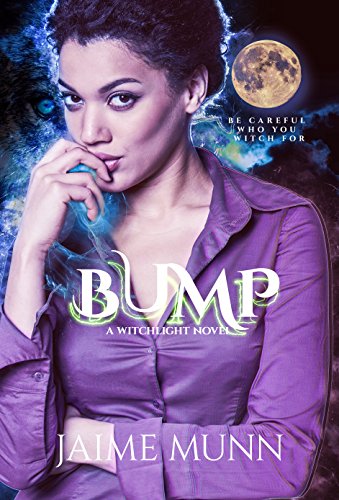 
Ever had that feeling-when you're completely alone-that you're being watched? I envy you. I see the watcher in an empty room, and I firmly believe ignorance would be bliss.

Nilla Hayes has a problem. It isn't the pretty werewolf she shouldn't be attracted to. It isn't that her best friend is trying to set her up, either. There are things going bump in the night and they all start with a wicked witch. Things would be a lot easier if Nilla could just turn a blind eye, but not all witches are bad. Now it's war-and no one is safe when witches duel with magic.

Jaime Munn lives in a house with too many windows on the outskirts of Manchester, the city of immortal bees. He writes contemporary and urban fantasy stories. His novels blend the real world with his fascination for all things supernatural. By day he is a hypnotherapist. By night, he is not a vampire.