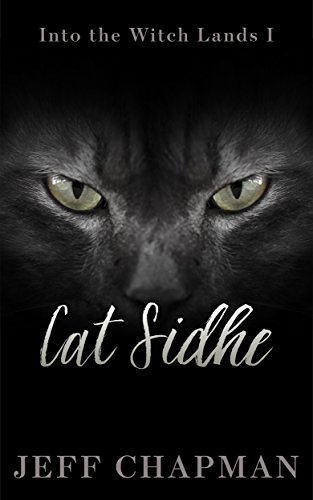 Cat Sidhe: Into the Witch Lands I

A human spirit banished to the body of a cat.

Cat Sidhe delivers epic fantasy from a cat's eye view and a journey rife with predators.

Merliss lives with the local cunning man and is not very impressed with the latest apprentice, but she does what she can to train Saerwynn.

On a routine venture to gather herbs, Merliss and Saerwynn encounter a strange creature on the moor. It walks upright. It talks. And it looks like an oversized cat, but as Merliss can attest, it doesn't smell like a cat.

The creature is a cat sidhe--a witch shifted one too many times into a cat shape. The sidhe is seeking slaves, anyone with opposable thumbs. Bones and blood are also in its sights. It soon has Saerwynn in its power and vanishes with the hapless apprentice through a portal.

Merliss faces a tough decision. Go after the sidhe and Saerwynn through the portal or warn the cunning man about the new menace afoot on the moor?

How long until Saerwynn's blood is powering the sidhe's malevolent magic?

But Saerwynn isn't the only one in danger. The situation on the moor is far more dire than Merliss and her friends could have imagined.

Cat Sidhe is the first novel in the Witch Lands fantasy trilogy. As one reviewer writes,Cat Sidhe is "a big tale set against a small background, with an epic journey."

Thanks for visiting my profile page.

I write software by day and speculative fiction when I should be sleeping. Dark hot chocolate fuels my writing hours. My work ranges from fairy tales to fantasy to horror and ghost stories. Like most writers, I've been dabbling with writing all my life. My short stories have appeared in various anthologies and magazines. You can find links to my novels, novellas, and short story collections below or on my website. When not working or writing, I enjoy life with my wife, children, and cats in a house with more books than bookshelf space.

Want a FREE fairy tale? Want a FREE short story in my Huckster Tales series? Pick up both when you join my readers group. Find details at www.jeffchapmanbooks.com.