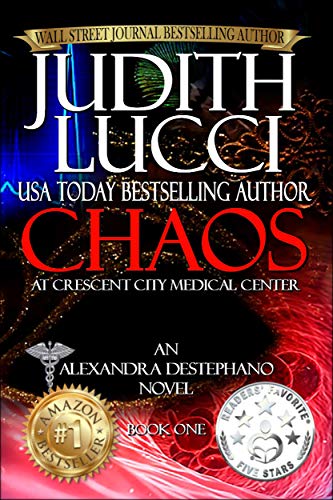 Alex wanted a new life, but that often seemed out of reach as long as she was still tied to the same hospital as her ex-husband. Mardi Gras Season brought a welcome change in pace, and her upcoming date to the Mardi Gras Ball with art historian, Mitch Landry, was a step in the right direction. However, when she is called to a grisly scene at the hospital her plans are upended.

The Wife of Louisiana's Governor is discovered unconscious and covered with blood. This shocking scene leads Alex deep into unexpected circles of New Orleans, such as the local criminal underworld and the Voodoo culture.

Chaos at Crescent City Medical Center is a gripping Medical Thriller that will chill and surprise at every turn. You won't want to put it down!

˃˃˃ "Move over Robin Cook, The Queen of New Orleans Medical Thrillers is here!"Scroll Up And Grab Your Copy Today!

I'm a really nice person, a registered nurse and college professor who writes really scary books! I am the author of the Alexandra Desephano Medical Thriller series set in The Big Easy and the Michaela McPherson Crime series set in Richmond, Va. The medical thrillers are based on my own personal experiences with working in and managing large health care organizations. My crime thrillers, well, I just kinda make the up and it sort of scares me that these ideas jump into my head!

I live in the Shenandoah Valley of Virginia in the USA with my family, and five, yes five dogs I love dearly. In my Michaela McPherson series, police dog Angel is often the protagonist. I love to communicate with my readers at judithlucciwrites.com. Drop me a line anytime!