Chloe first became aware of making words play when she was seven, when a teacher read them a poem and Chloe spent the following evening lost in thought creating her own (vastly superior!) versions. Thirty four years later she is still tickled pink by persuading them to create exactly what she is trying to portray. Darkly Dreaming, Book 1 of The Darkly Vampire Trilogy is her first novel, and she has had writing published in other anthologies.

Chloe lives by the sea, just outside Cardiff, Wales, and has a rather lovely view she uses to scry her stories across. When she is quiet don't disturb her, that's when she's working hardest. 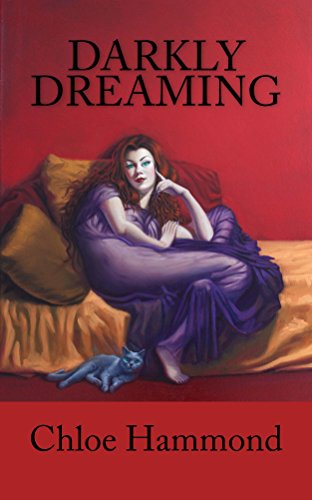 'Very wow' 'Velvet rich' 'Modern and funny' 'Dark and seductive' 'Surprisingly human'
Have you ever longed to leave your life behind? Sever all ties and disappear?
Even for just one second? What if it wasn't a choice anymore?