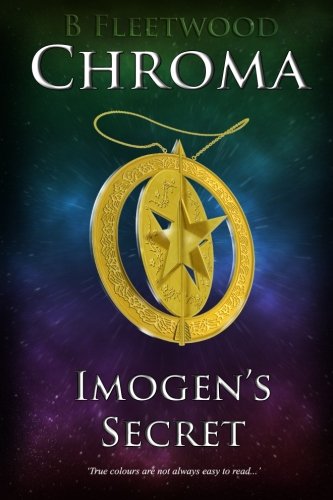 Seventeen-year-old Imogen Reiner has extraordinary abilities. She can read emotions, the coloured spectrum of auras unseen by anyone else. Struggling to know why, and unable to make sense of the mismatched memories of her past, she is haunted by a dark, recurring nightmare. What happened when she was a child, and was it the cause of her mother's ten-year coma? Her Granddad has taught her how to conceal her gifts, but is frustratingly silent on the answers to these questions.

When the seductive Araz enrolls at her college, Imogen senses danger. Is he the enemy? She learns that there is a powerful piece of advanced technology responsible for the blanks in her memory and that a corrupt regime is willing to do whatever it takes to get their hands on it.

When it becomes clear that Araz is tied to this dark conspiracy, Imogen and her besotted trainer, Leo, must find a way to escape his clutches and save Imogen's family-a family that turns out not to be quite who she believed they were, herself included.

Can she come to terms with her newly discovered identity before the shadows of her past catch up with her?