Most sentences have a verb and a subject. The subject of a sentence is the person, animal, place, thing, or idea that is ‘doing` or ‘being` the verb.

There are multiple forms of subjects. Have a look at this table from Wikipedia:


To keep it simple, a subject can be a simple subject, a complete subject, or a compound subject.

Example: I read a book.

The subject in this sentence is called a simple subject; there are no modifiers of the subject noun. The subject isn`t always a single word though.

Example: What he wanted to learn about writing was not going to be found in the library.

The complete subject contains all the modifiers of a subject.

A compound subject is a subject consisting of more than one element. This could be pronouns, noun phrases, and noun clauses. The individual subjects are put together with the help of coordinating conjunctions (and, or, neither, nor, as well as, alongside).

Example: She and I are collaborating on a book. (pronouns)

Example: Imagination, typing skills, and perseverance are needed to be a writer. (noun phrase)

Example: Whomever publishes my book shall not be disappointed. (noun clause)

When using ‘and` as the coordinating conjunction, the subject can be replaced by ‘they` so use the verb that goes with ‘they.`

Example: Joe and Jane work together.

When using ‘or,` ‘neither/nor,` ‘as well as,` or ‘alongside,` the verb used goes with the subject that is closest to the verb. This is called ‘the proximity rule.`

Example: Joe or Jane is writing the story.

Example: The Smiths or the Joneses are preparing the picnic.

Example: A novel or a maximum of two short stories are accepted.

Usually, the subject comes before the verb. Sometimes, however, the subject is mentioned after the verb. This is called locative inversion or subject-verb inversion. There are many situations when this is used. Here are a few:

Example: Did you finish reading the book yet? (question)

Example: Here is my version. (expletive)

Example: “Don`t do it!” said the girl. (attributing speech)

Example: More important is this particular reason. (give prominence)

Example: Never in my life was I so frightened. (sentence begins with adverbial phrase/clause or adverb)

Example: I don`t get it, nor does she. (negative construction)

Example: Doomed was he. (literary effect)

Example: Not a lot of writing today. (statement)

Example: Who published your book? (question)

Example: Write that down! (imperative)

The subject is never part of a prepositional phrase (that part of a sentence starting with an indication of location; a preposition, and ending in a noun, pronoun, or gerund).

Example: Neither of these books is liked by the students.

You would almost think that these books is the subject of this sentence, but as it is part of the prepositional phrase of these books, the subject is actually neither (as is emphasised by the singular form of the verb).

Not all verbs convey an action. Sometimes they describe the subject and are called linking verbs. Am, is, are, was, were, seem, etc. are examples of these. They link the subject to something said about it.

Excellent says something about the book, not Jane, hence book is the subject in this sentence.

Sometimes it seems there is no subject in a sentence. This is often the case in commands, orders, and suggestions.

Example: Why not write an adult novel? (vs. Why don`t you write…)

In these cases, the subject, you, is assumed but not written.

Another possibility is that the sentence is a passive sentence; there is no subject or thing doing the ‘verbing.` It is replaced by the object of the sentence.

Example: Three books of his were considered by the publisher.

In Example 1, what does Jane write? She writes poetry, hence writing is a transitive verb.

In Example 2, you can`t ask ‘what does Jane sneeze. Jane performs the action, but the action has no effect on anything or anybody; there is no object. Sneezed is an intransient verb.

An object is a noun (or pronoun) that is affected by a transitive verb and usually comes after the verb. It can be a noun, a pronoun, a noun phrase (a noun or pronoun with dependent words), or a noun clause (a clause that acts as a noun).

span>To find the direct object, you need to find the verb first (and possibly the subject). Then you ask what or who this ‘verbing` has effect on.

Example: I am writing a book.

What am I writing? I am writing a book. A book is the direct object.

Object of a Preposition

The object of a preposition is an object introduced by a preposition, usually to or for. The prepositional phrase is always placed after the direct object.

Note: Objects are always in the objective case. See the table below:


When unsure if you need to use I or me when using a ‘compound` object; simplify the sentence.

Example: The book store manager picked her and me to open the book fair.

Is it her and me, her and I, or she and I? If we simplify the sentence we get:

Example 1: The manager picked she.

Example 2: The manager picked her.

Example 3: The manager picked I.

Example 4: The manager picked me.

Examples 1 and 3 are wrong as the object nouns are in subject case. The correct sentences are Examples 2 and 4 (objects in object case) and hence the original sentence above is correct.

In passive voice, the object becomes the subject. Obviously, you can only have passive voice sentences with transitive verbs (verbs that act upon an object).

Example 1: The famous writer gave a signed book to his greatest fan.

Example 2: The signed book was given by the famous writer to his greatest fan.

Example 3: His greatest fan was given the signed book by the famous writer.

In Example 1, the sentence is active; the writer wrote the book. In Examples 2 and 3, however, the subjects are The signed book and His greatest fan resp., but they don`t do the writing. They were the direct objects and indirect objects resp. in the active sentence. Hence, sentence 2 and 3 are passive sentences.

Passive voice sentences are frowned upon and should be avoided if possible. There are a few instances in which this isn`t possible though.

Example: The baby was born at midnight.

Being born is a passive process; you can`t actively ‘birth` yourself, hence the sentence containing someone/some animal being born will always be in the passive form.

Sometimes the passive voice is useful:

Example: The man was killed by one of the guests.

Example: The man was killed by somebody.

Example: The man was killed.

Should you find something in this article that needs corrected/added, please don`t hesitate to contact me. 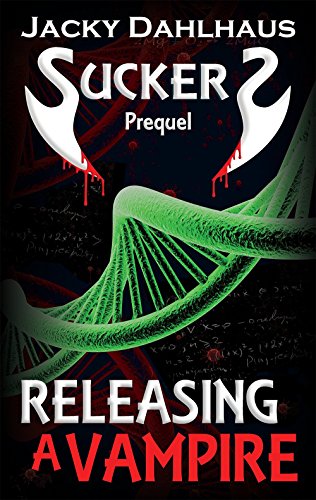 Settle into a cozy corner and find out in this novelette how the deadly 'Succedaneum' virus was created. Who engineered it and what was it supposed to do? How did it escape into the world?
What is Kate, the main protagonist of the Suckers Trilogy, doing when it happens? How does she deal with her perfect world falling apart? 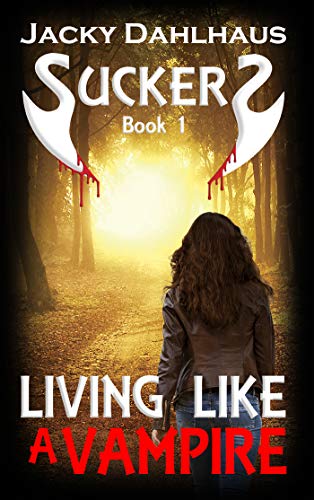 Staying alive is hard in a world full of bloodsuckers. What do you do to survive?
Kate has just begun her new job as a high school teacher and is looking forward to living her suburban dream life. All her hopes and dreams turn into smoke as a virus turns people into vampires, roaming the world in packs and killing everybody they can get their hands on. Kate has to pretend to be one of them to stay alive. When she accidentally bumps into a handsome sucker who then mysteriously disappears, surviving is no longer the only thing on Kate's mind. 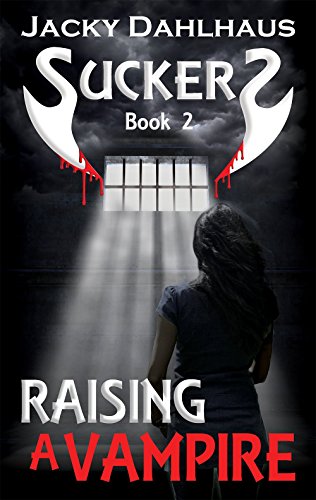 Who is friend and who is foe?
Kate and her little family lead an extremely quiet life. This life is thrown into chaos when the true identity of their daughter gets out. Can Kate keep her family and her wits together? 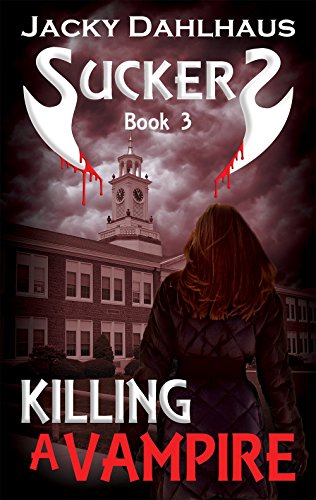 The past is back to haunt Kate. Will her partner survive this evil?
Kate thinks her relationship is on the rocks because of her past infidelity. She's wrought with guilt and wants nothing more than her missing partner back. When the police don't believe there's foul play at hand she's on her own to find him. A horrifying parcel on Kate's doorstep brings the situation to a whole new level. The police are now willing to help but can't due to lack of evidence.