What is Creative Writing?

Some words become used so regularly we begin to take them for granted. Creative writing is such a term; it acts as a definition for writing courses, for authors’ mutual support groups and sundry other uses. Yet, when we delve into creativity, the term is far more contentious than we have been led to believe.

Creative Writing vs Writing to Market

A full blown debate about what constitutes creative novel writing occurred on my Masters Degree at the University of Leeds several years ago. The course was advertised as ‘Creative Writing,’ but it became apparent to some students that what was being promoted was rather more to do with writing for the market than writing creatively. It is not the case that these are mutually exclusive, but do we as authors wish to be shoe horned into a narrow spectrum of expression, and do we share a view that variety and invention are often currently dismissed in favour of the tried and the tested by tutors and publishers?

We all know as authors that we have to abide by a structure or plot. Without such a device we would be involved in meaningless meanderings, so the issue is not concerned with plot/structure, but with an orthodox, taken for granted idea of how this is organised. I remember in one lecture thinking back to childhood. My gran had bought me an artist’s box, within which was a ‘painting by numbers’ package. All the images were divided into sections with numbers and each number represented a colour. All the budding artist had to do was colour in each box with the correct colour and a finished product could be completed in no time at all.

Creative Writing and the Orthodox Book Structure: The Hero’s Journey

I came to recognise that what we were being offered amounted to something similar, applied to writing. There is an orthodox structure for writing novels; it’s called ‘the hero’s journey’, and without going into detail, it offers the template that we can see in the bulk of novel writing. Its history is in Greek and German mythology and basically it boils down to: a linear plot; tension between a reluctant protagonist and an antagonist; drama arising from such tension. It is applicable to all genres and it amazed me to find that in order to arrive at any kind of critique, I had to wade through thirteen web site pages on a literary criticism site.

Now, there are elements of this structure in all novels, but I wish to contest the idea that this is a model that should be inscribed on tablets of stone. If such orthodoxy rules the roost, where is the space for creative writing? We’ve all been there, haven’t we? You pick up a book that looks enticing, but by chapter three you have a sneaking suspicion of where it’s going, and by chapter five you have a pretty good idea of what the ending is going to be.

I have to say that this is one of the motivations I had for wanting to write novels; I became frustrated with the total commitment that some writers had to ‘the hero’s journey’ motif.

Creative Writing Rules - Know Them and Know When to Break Them

The Dalai Lama expressed a great wisdom when he stated: ‘Know the rules well and then you’ll know how to break them.’ What might creative novel writing look like if we wished to depart from the orthodoxy? One of the main heretics is George Martin. Whatever our views on ‘Game of Thrones’, there’s no way that we can see its adherence to the conventional format. There is no protagonist vs antagonist, there are lots of them. We are shocked by Martin’s creative cavalier approach when he sucks us into thinking that someone is a key character, only for them to be abruptly killed off. The plot is not linear, but multi faceted, centred on different locations that provide us with a ‘grand scale’ picture of an incredibly complex whole. In several debates I was informed by those who espouse the orthodox path that writers must realise that readers cannot deal with over complication. I considered that the worst consequence of this perspective contributes to ‘dumbing down.’ Martin’s book sales and film rights alone provide evidence that many readers enjoy material that poses a challenge.

Creative Writing and Being Boxed into a Genre

Another question to the orthodoxy requires its consideration of the neat boundaries that are set by genres. If we wish to publish conventionally, we are urged to write in an identifiable genre. This is fine if we have a commitment to a given order of categorisations, but again, isn’t creativity something that transcends the idea of conforming to such limited boundary setting? I use the term ‘morphing’ to describe the way in which we can escape from the confines of a given straitjacket. There are many examples of this when we get a dash of magic realism in a predominantly historical fiction title, or where fantasy creeps into other genres and challenges our take for granted assumptions about what we’re reading. I am a firm advocate of morphing, and believe that we can be much bolder in its application in order to keep our readers guessing.

It is something that our editors are constantly searching for in submissions. We’re quite excited about a current new title purely on the grounds that it blurs genres like nothing we’ve come across before. You are quite happy as a reader in the belief that you’re reading crime fiction. The book then morphs into a political thriller and just when the reader has settled in on the new tangent, it morphs yet again to really confound the idea of ‘one genre’ writing. It’s no wonder that there was a ripple of excitement among the team; such creativity is rare and we are delighted to support such departures from the tradition.

This contribution has merely considered two alternatives to the mainstream structural format for novel writing; there are many others. But, in non linear, multi-scenario plotting, with the abandoning of a singular protagonist v antagonist theme, and the concept of morphing beyond the confines of identifiable genres, we have a foundation for the recognition that creativity can breach the narrow confines of conventional novel writing.

About the writer: Chris Ormondroyd, is the author of the locally acclaimed Windhill Tales, set in Yorkshire and Hippies, Vandals and an Alien named Pete. Chris loves to find the quirky mix between anecdote, politics and those little twists that keep the reader on their toes. A reporter in a different life, he loves the written word. Writing is a sanctuary at times for someone who has been a Bradford City fan for the past 50 years. Website: Bland on the Run. 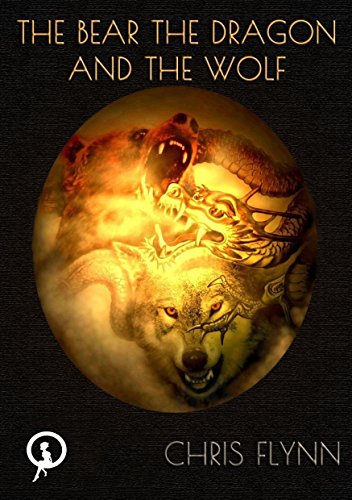 The Bear, the Dragon and the Wolf

Curiosity and disobedience are two of Owain's constant companions. Forbidden by his father, Enniaun, to accompany a Votadini warband's sortie against the Picts, Owain is abducted by the raiders. As a prized hostage, he begins an education and a life-time friendship with Edern, a young Pict, when both are tutored by the wise and mysterious seer, Lailoken. 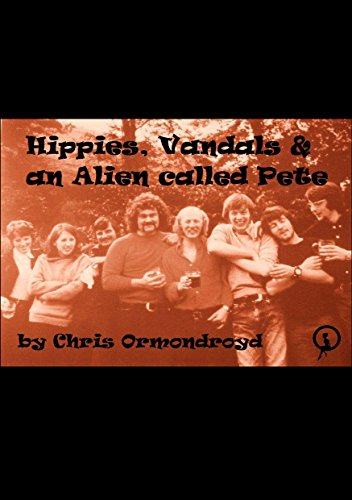 Stephen Elliot's days as a youngster in 'Windhill Tales' give way to the late 1960's, early 70's as he leaves home to share a house with friends in Baildon. Independence transforms his life into a series of bold ventures. In an era where music was king, Stephen and his colourful friends set up venues for folk, blues and rock music at a time when their parents are still besotted by crooners.