Detective Ameena Jardine, usually known as AJ, continues her search for a mysterious serial killer in this second volume of the Jardine Trilogy. AJ is caught in what seems to be a gigantic web of intrigue, conspiracy, and threat. She is sidelined by her boss but continues her investigations with the help of an eccentric professor and a mystery hacker. AJ must determine who she can trust and who is a threat to her life and her family.

The themes of book 1, Modi Indorum, continue in ABBAC1. The Fibonacci Sequence of numbers continues to play a large role in the mystery. AJ’s inability to trust and her recurring PTSD are another focus. Family life and family connections, both positive and negative, are the background for the action of the novel.

This, the second book in the trilogy, continues where the first ended, to the point of having the first chapter of the book be numbered as Chapter 13. The author spends almost no time recapping the events of the first book, leaving the reader to discover facts along with AJ. The reader will learn a great deal more about AJ’s past, especially her family’s past, that will help in understanding her character.

Book 1 gave the portrait of AJ as a woman suffering from PTSD and thus afraid of forming close relationships outside her family. In this second book, the reader sees a slight change in AJ as her relationships with her partner, Tony, and the hacker she speaks to in an online chat room develop and deepen. She is nearly at the point of trusting one of them when events turn horrifying and she is left wondering who, if anyone, can be trusted.

The relationship between AJ and Tony is one of ups and downs. At some times, the reader is sure that there will be a romance between them but at other times, the reader will want to shout at AJ not to trust anything Tony says. Ms. Angelo manages to raise tensions each time Tony’s character changes and leaves the reader hanging between romance and disaster.

Copernicus, the hacker, is yet another character unclear in his motivations. At first, the reader is led to believe that Copernicus is helping with AJ’s investigations, but later he (she?) seems to have become a cyber stalker. It is almost like one of those scenes in horror movies when the audience is screaming, “Don’t open that door!” as the heroine hesitates. It takes careful planning and inspired writing to keep up this level of tension while ensuring the plot moves forward.

ABBAC1 also delves deeper into the significance of the Fibonacci sequence of numbers. It will be very interesting to see how this mathematical concept plays out in the next book.

Ms. Angelo leaves the reader with a number of mysteries at the end of the novel.

In ABBAC1, Ms. Angelo spends a great deal of time on the relationships in AJ’s family. The reader learns not only about the family’s current make-up but also about the past problems of AJ’s parents. It is difficult to describe the family’s situation without including spoilers. However, AJ’s mother’s past does not seem to add much to the plot. The reader already understands that AJ’s life has not been easy and this reader is not sure that more difficulty is needed.

There is a huge cast of characters in the novel. I, for one, had trouble keeping them straight. It may be because some time has passed since I read the first volume, but a bit of recapping or identification would certainly have helped.

Finally, there were some jarring editorial errors. Some use of vocabulary seemed misplaced. Using secretive instead of the more appropriate secretly or transgressed instead of the correct progressed and the use of crone to describe the kindly and honest Jamilla were errors that should have been corrected.

For readers new to the Jardine Trilogy, a word of warning: Do not start with this book. Readers who have not read Modi Indorum will be lost. However, having now read the first two, I am looking forward to the third in the series and, I hope, to solutions to the puzzles. 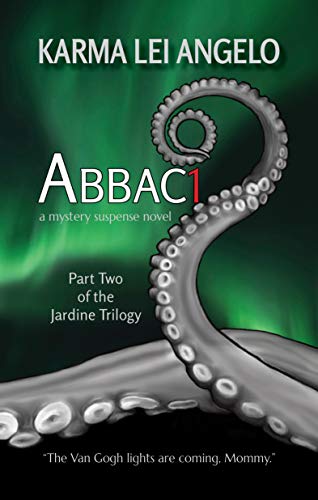