A killer is stalking sex workers in Cambodia. Summoned by the Minister of Justice, Brigadier General Chamreun is assigned to work with police detective Sophie Chang to find the killer.

Nearly forty years before these killings, very similar killings took place in a refugee camp full of Cambodian citizens who had managed to survive the years of the Khmer Rouge. Murders using the same methods then happened in France and Italy. Could the killings be connected despite the gap of nearly thirty years?

Drawing on the resources of Interpol, a computer genius named Zed, and the horrific tales of Cambodia's recent history, Chamreun and Chang race to find the killer before more young women die.

Guilt is a recurring theme in the novel. The killer feels both pride and guilt for the murders committed. Chamreun feels guilt for the acts he has committed as leader of a Cambodian special forces unit. Both refer to Lady Macbeth in their musings about the past. There is also a strong feeling of anger at both the horrors of the past and the problems of the present.

The title of the novel refers to a Cambodian proverb: Men are gold, women are white linen. The proverb implies that if a woman is "stained" through illicit sexual activity, she is ruined and brings shame upon her family, her society, and her country.

Angkor Cloth, Angkor Gold is structured so that chapters alternate between the past and the present. The past is told through the diary of the killer while the present concerns the ongoing investigation. This structure has both advantages and disadvantages.

Reading the diary of the killer lets us into both the mind and, indirectly, the background of a disturbed person. Readers unfamiliar with the sad history of Cambodia will be shocked by the suffering of its people as told by the diarist. Readers will also get an indirect glimpse of a character proud of the country's culture and distant history, proud of a family that was successful, powerful and loving, and proud of the good works done through the killer's efforts. Yet despite this feeling of pride, there is also shame at the staining of the white linen of Cambodian women involved in the sex trade. It is this combination of shame and pride, as shown in the diary, that motivates the killer.

The diary also serves as a history of Cambodians resettled in France. The sense of community and the powers of self-help are one of the positive outcomes of their disastrous experiences. Even the killer finds a sense of accomplishment in the success of many of the Cambodian expat community.

The chapters dealing with the ongoing investigation are fast paced and well written. Readers familiar with the author's previous novel, Angkor Tears, will be happy to see Chamreun back again, though in a somewhat reformed image. Having given up alcohol, found a new spiritual path in Buddhism, and decided to leave the military, Chamreun now has a future that seems much less bleak. His budding romance with Sophie Chang, an American-born and raised detective, brings a note of optimism to this sad story.

The author obviously loves Cambodia but sees both the positive and negative aspects of the country and its culture. It is a well-balanced view that avoids paternalism and maintains an objective view of the problems the country faces.

One of the disadvantages to the chapters from the killer's diary is the repetitive description of each of the killings. Each of the murders is described in detail from the identification of the victim to the actual death. Since each of the murders was essentially identical to the last, this became repetitious and tiresome.

This was a well written and fascinating look into a country that is far from the rosy picture of beaches and fun presented by tourist brochures. It does not shy away from the sensitive topics of sex for money, of corruption, and of terror, but tells a story that readers will find hard to walk away from. I am looking forward to the next installment of Chamreun's (and Sophie's?) story. 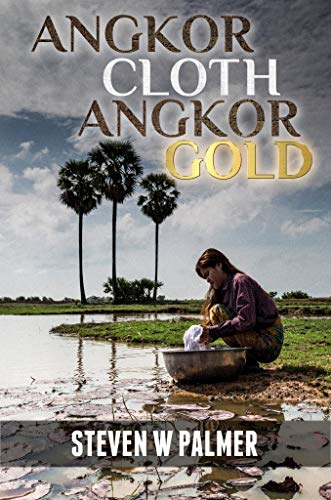