With the demise of the Soviet Union, many Soviet scientists feared the loss of their jobs, their privileges, and even their research. Thus a black market opened up with both conventional weapons and biological and chemical weapons and with scientific expertise for sale to whoever had the money to pay.

And so begins the chase to prevent Soviet biological weapons from falling into the hands of the Iranians and of terrorist groups throughout the Middle East. Mossad agent Michael Mossberg is sent to Tehran on the first leg of a mission that will test his skills and put both his and his companion Seriyah's lives in danger.

Buy Another Day, by Michael R. Davidson, is a novel of action that underlines the dangers of unsecured weapons of mass destruction to the entire world.

One of the best things about the way the author approaches the fall of the Soviet Union is the way he portrays the Russians, both scientists and KGB agents, as real people. The author avoids the usual thriller trap of making the Russians the incarnation of evil. Here they are real people who have consciences and who worry about the fate and future of their country.

Much of the book is based on factual incidents which are woven seamlessly into the plot as background for characters and events. Readers who are less familiar with the recent history of Israel and Iran will enjoy an unobtrusive education.

The plot is fast-paced and believable. The relations between the Kurds and the Iranians that form the background for Michael's harrowing trip from Tehran to the border and the excellent descriptions of the landscape will keep the reader on the edge of his or her seat.

Although the plot hinges on various types of biological and chemical weapons, the narrative is never overly technical. The author manages to show the threat of these weapons without explicit violence or horrifying descriptions.

There is only one aspect of the plot that seems totally unbelievable and that is the romance between Michael and Seriyah. If this was included simply to demonstrate Michael's humanity, it was unnecessary. Michael's character is well enough developed without the "required" love scenes.

I have already commented on the way the author portrays the Russians as human and not totally evil. I wish he had done the same with the other nationalities in the book. The Iranians and the Palestinians are described as nothing but terrorists while the Israelis are the innocent victims of their aggressive neighbors. This might work well in a James Bond movie where almost nothing is believable but here, when a novel is based on real events, it comes across as somewhat lacking credibility. 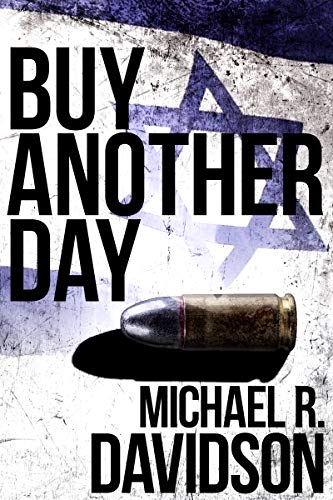