Nicola Crandall again finds herself in the role of reluctant hero as she accepts a quest to recover more of the Runespells. This time she journeys to a center for healing called the Rod of Asclepius where she finds herself strangely drawn to the “prophet” Zaro Gaoni.

Helped by her new friend Kaitlyn and her old friends Mercy and the ravens Huginn and Muninn, Nicola must battle not only the evil she finds in the center but her own personal demons as well.

While Nicola, the protagonist, is on a magic quest, the main search in the story is not for the Runespells, but for self-knowledge. It is not until Nicola learns to identify and accept things about herself that she is able to fulfill her quest.

Fluffy Bunny is the second installment in a series centered on the Runespells, a series of magical symbols central to Norse mythology. The magic in the novel comes from the Runespells themselves and from Nicola’s abilities to see energy, to read people’s energy fields, and to channel this energy for her purposes. Although the book has mythical characters – Valkyrie, Odin’s ravens – it is not a typical book of magic and fantasy. The magic is grounded in myth instead of in spells and wands. While not believable, the magic is at least explained in a quasi-religious way.

More important than the magic are the author’s comments on social problems. In Fluffy Bunny, the author delves into cults and the insecurities and fears that lead people to join them. Even Nicola, a strong and self-confident woman, finds herself drawn into the temptation of attaining peace and contentment through a cult. The author covers all the characteristics of a cult from the charismatic leader (Zaro), the highly restricted environment, and the abuse of cult members. It becomes very easy to feel sympathy for those members of the cult who came looking for fulfillment and found a type of slavery.

Ms. Buhrman is able to combine an adventure with strong social commentary in a way that readers will appreciate. The pace of the adventure and quest is quick and keeps the reader enthralled. The social commentary is done in such a way that readers will not feel bludgeoned by facts but will discover the social ills that form the context for the adventure. In her last book, Ms. Buhrman took on homelessness, especially of young people. In this one, she lays bare the dishonesty of many cults and does it with sensitivity and sympathy for the victims.

The main character, Nicola, is more fleshed out in this novel. She is the same sarcastic and strong woman from the first book, but this time readers will find out her weaknesses, her desires, and her hopes. She is much more likeable this time.

Readers new to this series will struggle with the references to the previous book, Too Wyrd. Although this can be read as a stand-alone novel, it would certainly help to have knowledge of the previous events as given in the first book. There are simply too many references to demons, to Keith, to Bob, and to the Norse myths for readers to really grasp Nicola’s story unless they have read Too Wyrd.

While Nicola’s journeys to the astral plane are very well written and highly descriptive, only short passages lend much to the actual plot of the story. Nicola’s encounters with Jehovah and Satan, for example, are confusing. It is quite difficult to see what the author is trying to say in these scenes unless she is preparing the way for the third novel in the series.

Strong believers in the Judeo-Christian tradition of Jehovah and Satan may find sections of this book disturbing.

Fluffy Bunny is a book that combines realism with magic and mythology to present a story that will certainly keep readers turning pages. 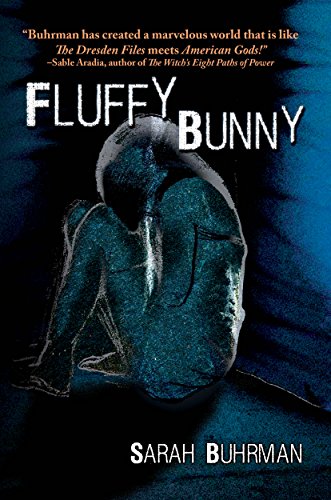