Fool Me Once Book Review

Left devastated by a sudden realization that her husband has been unfaithful, Penny descends into a world of anger and paranoia. She spends some time at a retreat where she meets Robert, a man dying of cancer, and falls in love.

Robert has only one request of Penny: to find his stepdaughter, Sophie, and convince her that he wants to reconcile. Penny sets off on this quest despite the misgivings of her close friends. However, when she finally finds Sophie, Penny discovers that things are not what they appear to be and that she has put both herself and Sophie in mortal danger.

Nearly all of the main characters in Fool Me Once have suffered horrible abuse which has formed their characters and informed their actions later in life. The novel tells of damaged families and people who try to regain their trust in others and to rebuild their lives.

Penny, the protagonist, is a wonderfully-drawn character though completely unlikeable. Most readers will have met a Penny somewhere along the way: a person (and not always woman) who maintains the appearance of perfection, who is always ready to offer advice whether solicited or not, and who is inwardly frightened and insecure. Penny's breakdown after her divorce and her constant need to feel that she is helping or protecting others lead her into a quasi-relationship with Robert. From the beginning, the reader will feel like the audience member at a scary movie, screaming at the heroine not to open the door and watching, in horror, as she does. We know, from the outset, that Penny is in over her head, but her obstinacy keeps her from seeing reality.

The author does a wonderful job at creating and maintaining this level of tension and suspense. Beginning with Robert's inconsistent behavior - affectionate one moment and cold the next - and continuing through Penny's complete refusal to hear rational advice from her friends, the tension and suspense build.

The author changes points of view from time to time, first giving us Penny's then Josh's, Sophie's and even Anna's. This generally works well, giving the reader a bit more insight into the secrets of the past. The reader never really knows what happened to Sophie until the end of the novel, though the astute reader will have figured it out long before.

The beginning of Fool Me Once was, for me, quite confusing. The reader starts off in what seems to be the middle of a scene with no introduction of characters or context. It was hard to get started when all of the characters are unidentified and no explanation for their actions is given. Things do get clearer after the first chapter, but readers who are impatient to know who is involved and what is happening may simply give up before finding out.

Although the first half of the novel is full of tension and suspense, it is let down by the second half. Penny, especially, became boring with her constant introspection from which she seemed to learn nothing. Then the author quickly availed herself of Chandler's Law, it seemed, to bring the novel to a climax.

In previous novels by this author, I have found the endings to be abrupt and not overly convincing. The same holds true for this one.

First, the villain in the novel was fairly obvious from the beginning. In order not to supply spoilers, I will just say that the identity came as no surprise.

Second, I found the about-face changes in character, especially in that of Sophie, to be unbelievable. A person who has suffered what Sophie had would not suddenly become a philanthropist - at least not without years of therapy. This felt like a quick ending to what would have been a long road of counseling and work, and did not do the character justice.

The first half of Fool Me Once, despite the oddness of the opening chapter, was a master study in psychological suspense. Full of darkness and tension, it will keep readers turning pages as fast as possible. Unfortunately, the second half of the novel was something of a disappointment to me. I preferred the author's Peter Hatherall series to this one. 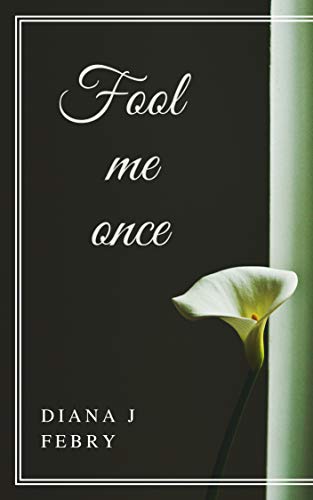