Four unrelated people disappear during a thunderstorm only to reappear fifteen years later with no sign of aging and with unusual new powers. DI Dexter King and his partner, DC Molly Black, must unravel the puzzle of where the four have been and what has happened to them. At the same time, King and Black are chasing a serial killer of young women.

Killing Time is a book about loss and recovery. The four who disappeared have been lost to their families who must cope with such a devastating loss. The reactions of the families when the four reappear and the results of their new powers develop the theme of recovery. These are two elements that are common in each life and it is how people cope with them that drives the plot of the novel.

Ms. Watts has provided an intriguing basis for a plot. The idea of lost time is not a new one in science fiction or in literature, but she approaches it in a new way. The characters have, indeed, lost time, but the world has gone on despite their disappearance. Their families and friends have aged; new relationships have been formed; people have come to terms with the loss of loved ones. Because the characters have not aged, they mainly retain the characteristics they had when they disappeared. This makes it easier for their families to accept their reappearance.

The characters reappear with an unusual choice of powers. The normal choices for ‘superpowers’ are strength, speed, and flight. Ms. Watts has avoided that cliché and chosen powers that surprise us. Yet the powers the characters exhibit meld perfectly into the plot, giving them the opportunity to change and even save lives.

Thirdly, the detective pairing of DI Dexter King and DC Molly Black is well-developed. The two have a warm yet professional relationship and the possibility for a continuing series featuring the two is evident.

The one thing that limits the plot is the length of the novel. Because it is so short, there are no answers to questions the average reader will ask. For example, all of the characters disappear during a thunderstorm. Is there some significance to the storm or is it simply coincidence? How did they disappear? Were they abducted or did they leave of their own free will? Who exactly are Jonas Dean and Sarah Anderson and what is the secret project they are working on? Are they being sponsored by a government or a private enterprise or are they working alone?

Another fifty pages would have been useful to provide at least hints to the answers to questions the novel raises.

The brevity of Killing Time also limits character development. While Dexter King, Molly Black, Susan and David are fairly well developed characters, the others are basically character sketches. There is no back story to Jimmy Sykes, an important character in the book, and Gerald’s power is sadly under-used.

Finally, the novel jumps from present to past and from scene to scene. This would not be a problem if there were some sort of signal that the change was about to take place. Instead, the scenes change from one line to the next leaving the reader to go back to find out what has happened. I don’t know if this is a simple problem of formatting which could be easily solved or a problem of style.

Killing Time is a combination of science fiction and crime fiction. The idea certainly has potential and works at one level. A bit more development would make this a great read instead of just a good one. 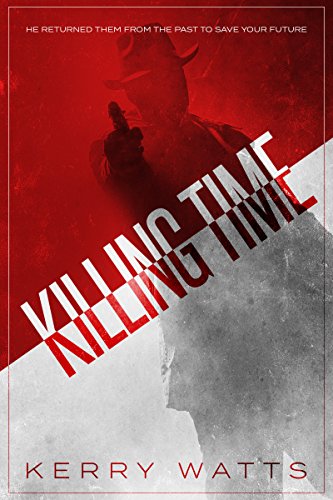