In Thalidomide Kid, by Kate Rigby, Celia Burkett and Daryl Wainwright are the "odd" kids at the local primary school. Celia is the new girl and the daughter of the deputy head at the secondary school she'll go to next year. Daryl is the boy with no arms, a victim of the Thalidomide scandal, and the youngest child of a family of petty thieves. As the two who don't belong, they naturally form a friendship. The story follows them through three years of secondary school and through all of the joys, tragedies, angst, and complexities of teenage life. Celia longs for a boyfriend so she can be accepted as one of the cool girls. Daryl simply longs for Celia. There are family issues, school cliques, crushes on teachers, and plenty of romance.

The novel covers the timeless themes of prejudice and acceptance, of sexual awakening, and of the changes that come to all in adolescence.

When the author chose to write about a character affected by thalidomide, it would have been very easy for her to focus on that character's disabilities and struggles in life. This author took a different path and treats Daryl as a person and not as a living example of a drug disaster. Daryl lacks arms but has hands that emerge from his shoulders. The author does not shy away from description, but it is in the manner of describing a person with blue eyes or red hair. The disability is not the person. Daryl is a wonderful character. He is cheeky and makes jokes about himself, mainly to ward off the jokes others might make about him. He is confident - at least as much as any young teen can be - and sees no reason why he and Celia can't be more than friends. Limited by the reputation of his criminal family, Daryl fights against two obstacles: social stigma and physical disability, yet he almost never loses his optimism and his courage. Celia will resonate with many young readers. She is insecure as a new girl, embarrassed by her father's role as assistant head, cowed by her older sister's sophistication, and anxious to appear cool. Celia comes from a typical middle-class family so avoids the social stigma that Daryl faces but this brings on its own problems and a desire to rebel. Unfortunately, Celia lacks the strength of character that keeps Daryl going, possibly because she has faced no real difficulties in her life. The blossoming romance between Celia and Daryl is beautifully written but the reader will feel it is doomed from the start. There is not only the social differences between them that lead Celia's family to disapprove of Daryl, but there is also the insecurity of Celia herself that brings on the crisis at the end of the novel. The author has definitely captured all of the agonies of high school. Older readers will, I am sure, find themselves identifying with episodes and younger readers will find hope that they are not alone in their struggles.

The book is quite long for the story it tells. Toward the end of the novel, I found myself skimming whole paragraphs that honestly didn't say anything new. However, as I thought more about it, I found it hard to pinpoint sections to cut. It did seem that the Third Year section of the book was not as detailed or as complete as the first two sections. The Third Year is the one in which everything changes for Celia and Daryl but the character that most influences Celia, Stephen, is only sketched. It is easy to understand Stephen's rebellion against his upbringing, but his character deserved more building than it received. The ending of the novel was something of a disappointment. I honestly didn't care what happened to Celia, but really wanted to know more about Daryl.

The story is set in the 1980s in an English town so readers may have some difficulty identifying with the
ages and settings of the secondary school. Anyone who has read Harry Potter will easily understand
houses, head teachers, and prefects though I was a bit lost with the ages of characters.
This is an excellent book for older teens who will be able to identify with both Celia and Daryl and for
those readers who remember the strains of adolescence. There is very little that is explicitly sexual; there
is some mention of drug use. 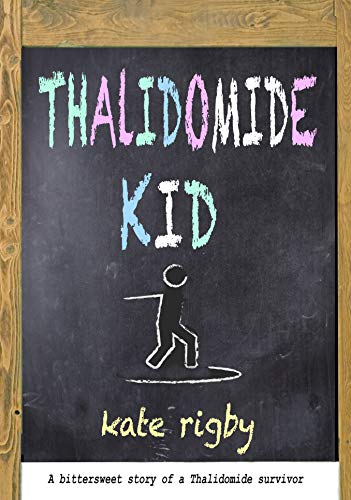