Wanting nothing more than her freedom, in Ties That Bind, Alexandra breaks away from her traditional Italian family to strike out on her own. Now living and working in New York City, she meets Gabriel Harland, an attorney working in the District Attorney's office.

Their path to love and happiness is not a smooth one. Gabriel is investigating Alexandra's father; both have secrets in their pasts that could destroy the happiness they have found.

When organized crime, personal tragedy, and love collide, Alexandra and Gabe must find the strength to overcome the obstacles in their path.

Love and family collide in this saga of discovery and desire. Both main characters learn the importance of family ties and the danger of hiding the truth.

In Ties That Bind the author has a good beginning for a romance novel with elements of family tradition, romantic love, crime, corruption, and desire. Alexandra, the heroine, evokes sympathy at the beginning of the novel with her desire for self-determination and freedom. As the only daughter of a very traditional family, she is not seen as an equal to her brothers. Alexandra shows her strength of character in breaking with her family and also in her confrontation with the woman who wants to destroy her love interest, Gabriel.

Ties That Bind is told partly from Alexandra's point of view. Chapters are headed with either "Alexandra" or "Gabriel". In the Alexandra sections, the reader is given insight into the character's thoughts and emotions. These sections are written in the present tense and first person and are, therefore, highly personal. Sections titled "Gabriel" are more objective, simply stating facts about what the character is doing or feeling. This was quite an interesting approach to storytelling. Readers will identify much more with Alexandra, her thoughts, feelings, joys, and regrets.

The plot itself contains more than the usual romance. There is not only the love story of Alexandra and Gabriel, but there are also themes of crime, corruption, and family relationships. These themes, important to the overall story, take second place to the growing love between the two main characters.

The two main characters in Ties That Bind are not particularly likeable. Alexandra is self-centered and lost my sympathy when she learned that her mother had given her $8.2 million to start her new life. The character didn't need to suffer abject poverty to gain sympathy, but becoming a multi-millionaire did not make her a person easy to identify with. Gabriel, a successful lawyer, seemed to have quite a lot of disposable income that certainly didn't come from his salary as a DA yet we learn nothing about his background or the source of his wealth. It seems normal to have a romantic hero be tall, dark, handsome, and wealthy, but it certainly helps to have a source for all this money.

Readers of romance will enjoy Ties That Bind. It did have good points but I found it a little too long for the story it was telling. 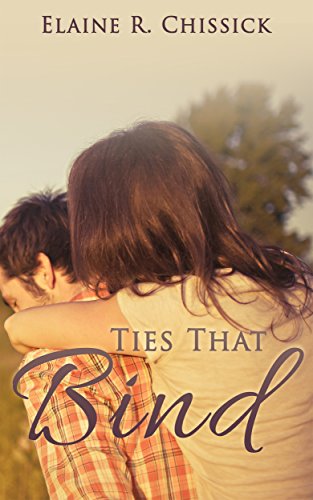