Zilferia: Book One of the Crystal Dragon Series Book Review

Crystal leads a normal if unexciting life until the day she is kidnapped and introduced to the idea of parallel worlds. Told she has unidentified Gifts, she is whisked away to Zilferia to take part in a series of Challenges to determine her Gifts and her future.

On Zilferia it becomes evident that Crystal is the lost princess and, more important, the Dragongirl. Now, in addition to surviving the Challenges, Crystal discovers that she is the object of a prophecy. Forced to confront a world she could never imagine, she must also take on the responsibility of saving that world and everyone in it.

In addition to the conflict between good and evil, this is a coming of age story in which a young woman finds that family and friends are more important than power and position.

On the whole, Zilferia is very well-written. The pace hardly drags from the beginning to nearly the end. The author has managed to add suspense, a bit of romance, a bit of comedy and quite a lot of adventure to the story of Crystal and her journey.

Some parts of the story are delightful, especially the episode of Crystal finding and adopting a baby dragon and naming him Eric. This was not only touching but contained bits of comic action. Anyone who has ever adopted a puppy or kitten will identify with Crystal.

The author has succeeded in building not one but several parallel worlds which, I hope, will be explored in future books. Magic is an important part of the world of Zilferia, but it is not always the most important part. Personal qualities, logic, intelligence, and courage play as much a part as the use of magic spells and equipment. This is a wonderful change from the usual dependence on magic to solve all problems and will encourage non-magical readers to realize that it does not take spells to be successful. Crystal succeeds because of her personal qualities not because of using magic.

The novel has some aspects of The Hunger Games and borrows a bit from Harry Potter, but the plot is mostly original and refreshing. There is even a subtle nod to The Blues Brothers with one of the characters - a rather obnoxious one - being named Jake Elwood.

The character of Patrick is somewhat inconsistent. At times, he is painted as almost a super-villain. He is able to steal Gifts; he has assembled an army of his own; he has found a way to defeat even the most powerful inhabitants of Zilferis. At other times, he seems weak and confused. Perhaps in subsequent books, the character of Patrick will be better defined.

While the pace of the book is generally quick and maintains interest, toward the end it bogs down a bit. In the latter chapters, the King, the Queen, and Nathan, Crystal's partner in the Games, tell long stories of their past. Although these could not be considered boring, they did not add to the novel itself. Unless these personal histories play a part in the next book or books, they don't really fit in this one.

Zilferia is a fine book for young adult readers who don't mind a bit of graphic violence. The violence is not at all overwhelming and is easily balanced by other scenes in which honesty, communication, loyalty, and courage predominate. This is a fine start to a fantasy series. 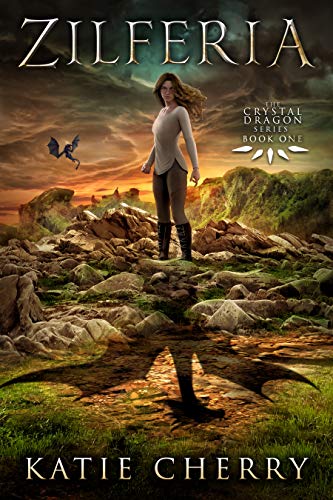