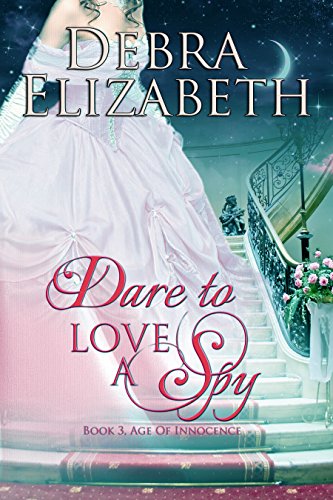 Dare to Love a Spy (Book 3, Age of Innocence)

Miss Hannah Richardson is enjoying a Season in London. She's not looking for a husband, at least not this Season. She wants to enjoy herself before settling down to married life. All that changes, however, when she sees the Duke of Wetherby. He's tall, dark and impossibly handsome and someone Hannah wants to get to know better.

Camden Darkin, the Duke of Wetherby, is not fond of attending soirees, dinners or balls, but his latest mission for the Crown demands he mingle with the ton. He has vowed not to marry because of his dangerous work and the constant bevy of beauties anxious mothers throw into his path is not tempting him in the least. That is, until he meets Hannah Richardson, a young woman unlike any other he's ever met. Can he learn to love or will his hardened heart rob him of the very thing he needs the most.

Debra writes sweet romance in contemporary romance and historical romance. She enjoys telling stories and has been pouring out her passion for romance since her teenage years.

Debra lives on the East Coast with her husband and two kitties.