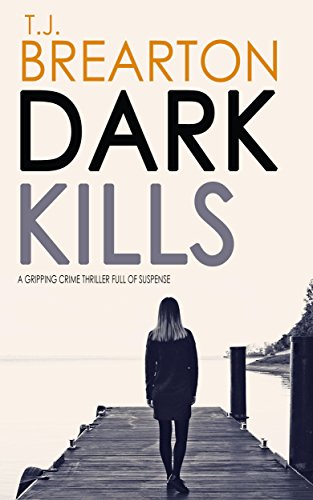 "You won't want to put this one down. It's got two great detectives, a really evocative setting, and a fast-paced story full of twists and turns, all leading to a stunning and surprising conclusion." Ann Abrams

Who is murdering female college students and can they be stopped?
The only link between the victims is their participation in an unusual psychology experiment. Leading the investigation is Detective Dana Gates. She has a past no one talks about and a husband and daughters she hardly ever sees. She's a dedicated, by-the-book investigator. And now a serial killer is ripping through the local college campus, and everything she knows is going to change.

Robert Hamill, her police partner, is a wild card. Unmarried, no kids, Hamill is Dana's polar opposite. But as the case progresses their differing methods threaten to tear them apart. Hamill breaks with procedure to uncover a list naming potential victims, but the two detectives must work together to stop any more girls from turning up dead.

Suspects range from a college professor to an award-wining author, a handyman pot dealer to a student seemingly possessing strange mental gifts, and yet the real culprit could be right under their noses.

In the final showdown of this heart-stopping detective thriller, Dana is left with nothing but her instinct, her will to live - and maybe a special gift of her own.

If you like Jeffery Deaver, Linwood Barclay, Lisa Unger Angela Marsons, Rachel Abbott, or Mel Sherratt, you will be gripped by this new mystery novel.

Dark Kills is set in the North Country, a region of New York State that includes the Adirondack Park and the Champlain Valley. Remote, rugged, naturally beautiful, the North Country features copious lakes, rivers, mountains, and wildlife. It is home to some of the richest - and poorest - people in the state. Seasoned individualists make their woodland homes, hard-working families struggle through brutally cold winters in dependent counties, the affluent build their second homes along the pristine lakes. Having spent much of his life living and working in the North Country, it is a place which the author knows intimately. Some of the villages and cities in Dark Kills have been fictionalized, others, like Plattsburgh, are real.