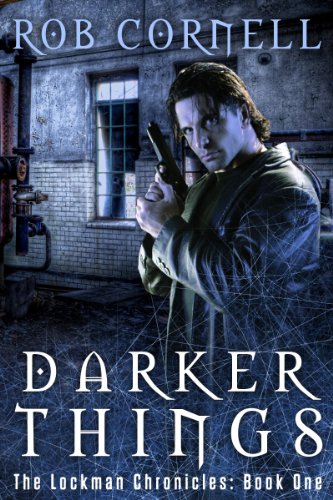 It started with a dead name…Craig Lockman.

No one had called him that in fifteen years. Not since his days at the Agency. Not since he was trained to kill monsters that were supposed to exist only in nightmares.

Yet the teenage girl on his doorstep not only knows his real name, she claims she's his daughter.

Before Lockman can learn how the girl found him, he's attacked by a black-ops team of assassins. But these aren't ordinary killers--they're heavily armed vampires sent by his most hated enemy.

Forced on the run, Lockman protects his daughter from an onslaught of dark creatures while searching for who betrayed him and why. The investigation leads him to Detroit, where he unwittingly sets a plan into motion that could triggera paranormal apocalypse and cost him his soul.

Breathless action. Frightening monsters. Sinister magic.Darker Things will grip you with its dark spell like no other urban fantasy thriller before it.