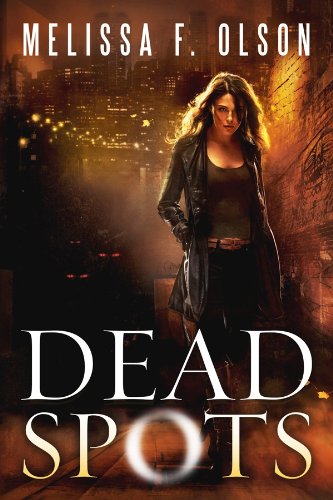 Scarlett Bernard knows about personal space: step within ten feet of her, and anything supernatural is instantly neutralized-vampires and werewolves become human again, and witches can't cast the slightest spell. Scarlett uses her status as a null to cover up crime scenes for Los Angeles's three most powerful magical communities, helping them keep humanity, and the LAPD, in the dark.

One night Scarlett gets caught at the scene of a grisly murder by the all-too-human LAPD cop Jesse Cruz, who blackmails her into a deal: he'll keep quiet about the supernatural underworld if she helps him crack the case. Their pact doesn't sit well with Dashiell, the city's chief vampire, who fears his whole empire is at stake. And when the clues start to point to Scarlett herself, it'll take more than her unique powers to catch the real killer and clear her name.

Melissa Olson was born and raised in Chippewa Falls, Wisconsin, and studied film and literature at the University of Southern California in Los Angeles. After graduation, and a brief stint bouncing around the Hollywood studio system, Melissa landed in Madison, WI, where she eventually acquired a master's degree from UW-Milwaukee, a husband, a mortgage, a teaching gig, two kids, and two comically oversized dogs, not at all in that order. She loves Madison, but still dreams of the food in LA. Literally. There are dreams.