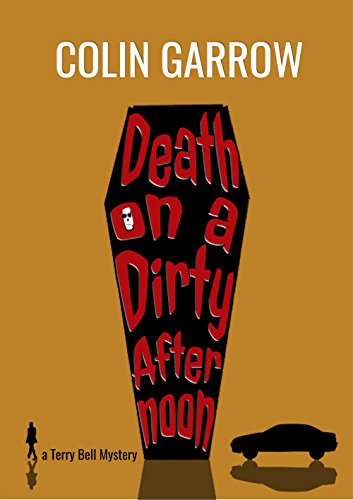 Death on a Dirty Afternoon (The Terry Bell Mysteries Book 1)

When taxi driver Frank is found dead on his dining room table, ex-cabbie Terry Bell assumes his old friend died of a heart attack. But when Terry's former boss also turns up with his face bashed in, it starts to look like there's a connection.

Faced with a Detective Inspector who doesn't like coincidences, and a series of threatening letters, Terry does a bit of investigating of his own, but when another body is discovered, the temperature starts to rise - in more ways than one.

Death on a Dirty Afternoon is book #1 in the Terry Bell Mystery series.


It's a seaside town like any other seaside town: from the non-existent sand dunes and candy-striped deck chairs to the concrete piers and tacky market stalls, they've got it all - including dead bodies, arson attacks and hockey-stick wielding murderers. If you love mysteries and amateur sleuthing, bald-headed villains and Swedish construction bosses, this'll be right up your everyday seaside-town street. Download your copy ofDeath on a Dirty Afternoon now. Just scroll to the top of the page and select BUY to start your adventure today!

Colin grew up in a former mining town in Northumberland. He has worked in a plethora of professions including: taxi driver, antiques dealer, drama facilitator, theatre director and fish processor, and has occasionally masqueraded as a pirate. All Colin's books are available as eBooks and most are also out in paperback, too. His short stories have appeared in several literary mags, including: SN Review, Flash Fiction Magazine, Word Bohemia, Every Day Fiction, The Grind, A3 Review, 1,000 Words, Inkapture and Scribble Magazine. He currently lives in a humble cottage in North East Scotland where he writes novels, stories, poems and the occasional song.