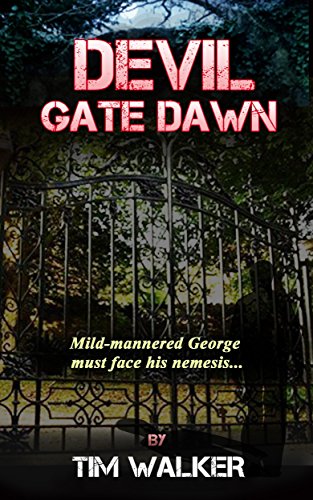 In 2026 post-Brexit Britain has descended into chaos. Democratic governance has collapsed amid mass voter apathy and King Charles III heads a Government of National Unity. Over in the States, President Trump has built his wall and has created Fortress USA.
Enter affable George, a retired railway worker, who narrowly survives a pub bombing and finds himself drawn into a vigilante group on the trail of a shadowy terrorist group whose anti-poverty aims are taken to an extreme. George and girlfriend Sunny are caught in the middle of a deadly game of cat-and-mouse between police and terrorists, culminating in a stand-off at Devil Gate Dawn...

"Devil Gate Dawn is a gripping, well-written page-turner, peppered throughout with an understated humour. it is also a very timely social and political commentary, offering an intriguing glimpse of a not improbable future for England should the country continue on its current path. Recommended." (Amazon review).