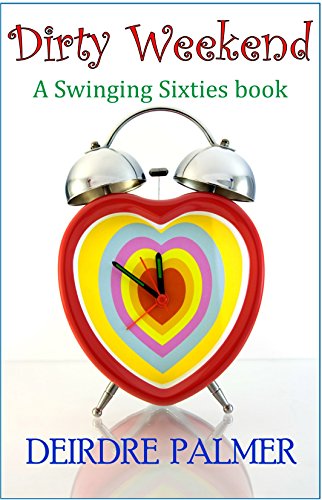 But what if home is the last place you want to be?

Four young Londoners - Carol-Anne, Jeanette, Terry and Mark - head to Brighton for a weekend of seaside fun. Dancing, drinking, and a whole lot of lovin' are high on the agenda, not necessarily in that order. It's the Swinging Sixties, a time of freedom for all, so why not?

But behind the bravado lurk more insecurities than there are pebbles on Brighton beach. Each of the weekenders has a secret. Nobody is quite what they seem, especially Jeanette, whose problems run deeper than anyone could begin to imagine. When she disappears on a night out, tensions rise as her friends struggle to work out what to do.

They agree on two points: no parents, no police - where they come from, people sort out their own problems. But can Carol-Anne, Terry and Mark really handle the situation without help, or is this too big, even for them?

In the midst of the chaos, one thing is certain: after the weekend, nothing will ever be the same again.

Member of the Romantic Novelists' Association. Twice major prizewinner of The Mail on Sunday novel competition.