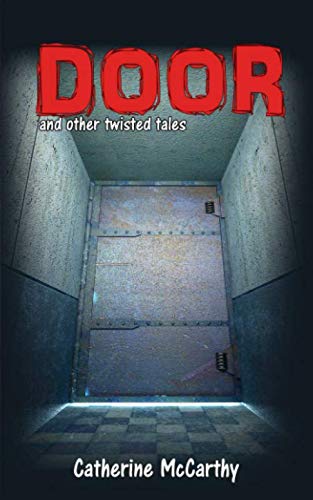 Door and other twisted tales

Botany Bay, 1790 – One by one, a colony of white-skinned pioneers disappear from their camp. Did the legendary rainbow serpent of the Dreamtime, Goorialla, wreak revenge on the ghosts for disturbing its sacred watering hole?

North-east coast of Japan 2011, vicinity of Fukushima Nuclear Plant – Seismic waves on the Pacific Ocean floor cause a catastrophic tsunami. The mythical giant catfish, Namazu, is believed to seek retribution for human greed by creating earthquakes. Could it be to blame?

Door and other twisted tales is a collection of ten, dark portal stories, each set in a different time, a different place, yet woven together by supernatural visitations which result in the death, destruction and disappearance of humans in recompense for their actions.

From Plague – the embodiment of the 14th Century Black Death, to Shams – a contemporary tale of the mysteries of quantum physics and the mind, Door and other twisted tales will lead you on a journey through time and place as the consequences of greed, loneliness. fear and impulse, are exposed.

Catherine McCarthy grew up in the industrial valleys of South Wales, U.K. where she went on to teach in primary education for almost three decades.

She was inspired to write from a young age, having fallen in love with story-telling after being 'shown the light' by her mother who had the tradition down to a fine art.

Her first published novel, The Gatekeeper's Apprentice, is a fantasy adventure for middle grade readers. (Please see facebook page for lots of illustrations and animations which accompany the book.)

Her second novel, Hope Cottage, is a dark family saga for adults and her most recent publication is a collection of dark, short stories entitled Door and other twisted tales.

Having traded the challenges and rewards of teaching for the hurdles and merits of full-time writing, she now lives with her illustrator husband in a 200 year old cottage in beautiful West Wales.