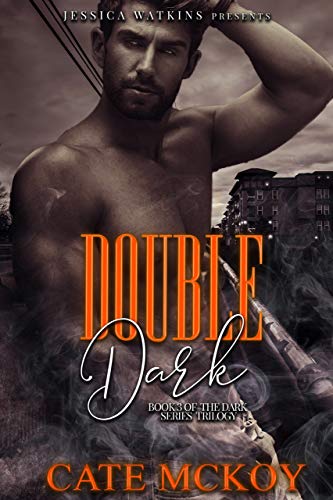 Jason Dark longs to be free of his identical twin's long shadow. Jon is a wanted serial killer that Jason has pursued through the years. Jon has left devastation and destruction in his wake, along with a trail of dead bodies and traumatized victims across the globe. Jason is more than ready to bring his brother's terror to an end. Jon is in his old hometown to wreak more havoc. and Jason is ready to stop him one way or another, to finally have a life of his own.

Professor Kerra Aho is looking for love in all the right places. Right place, wrong man. When the intense brooding man with the gorgeous blue eyes comes storming into her lecture hall, Kerra is surprised by her positive response. However, when he gets out of line, and she has to have him escorted out by security, Kerra wasn't as afraid as she should have been when she encounters the man again only minutes later. Too late to put her guard up, Kerra is in a life and death struggle for her life. Soon Kerra is not only in a struggle for her life but her love as well.