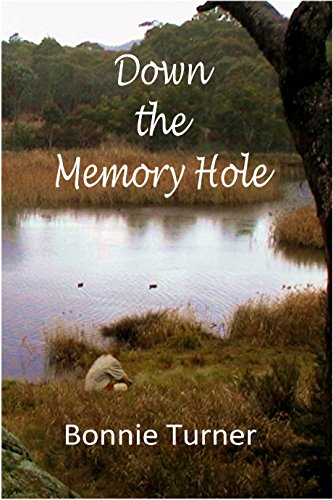 Down the Memory Hole

His summer vacation is ruined when twelve-year-old Buzz Collins is forced to share his room and emotional space with his grandfather, who has Alzheimer's disease, and his parents forbid him to associate with his best friend, Mitch. The thought of giving up his friendship is heartbreaking enough. But how can he relate to someone who forgets his grandson's name, wears adult diapers, and thinks dog biscuits are people cookies, someone who could die in the night and scare Buzz right out of puberty?

Buzz thinks Alzheimer's is caused by a traumatic event, such as the train accident that killed Grandpa's brother Barkley when they were young. When Grandpa's mind wanders and he mistakes Buzz for Barkley, Buzz assumes the role of his great uncle, and in the process, develops compassion and appreciation for his grandfather.

Buzz and his family cope the best they can. But the situation turns deadly when Buzz and Mitch - whose friendship Buzz refuses to end - attempt to cure Grandpa of Alzheimer's disease by recreating the train accident on a hot summer day.

Despite the sad subject matter,Down the Memory Hole is a laugh-out-loud coming-of-age story about Alzheimer's Disease, as viewed through the mind of a frustrated 12-year-old who dearly loves his grandfather, but wishes they weren't roommates. (Young Adult)