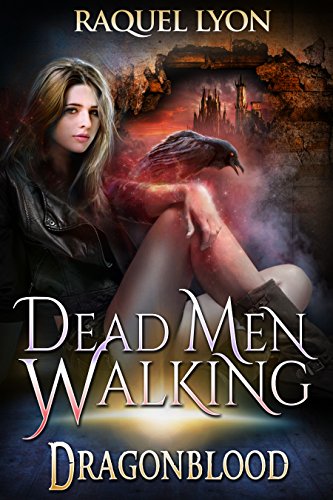 Piper thought her father's disappearance was her biggest problem until she met Lambert and discovered her whole life had been a lie. But in the small town of Fosswell everyone lies, even the ones who are supposed to be dead.
When one particular empty coffin unearths a past heartache, Piper wants to help despite the fact that her magical interference could lead to trouble. Her training isn't going as well as she hoped, and Lambert is a tough taskmaster. He's also stubborn, annoying, undeniably cute, and itching to leave. So when another clue to her father's whereabouts points to Lambert's homeland, Piper is eager to discover if it could provide the answer to both their problems.

Dead Men Walking is the second book in the Dragonblood trilogy which is part of the Fosswell Chronicles. This trilogy has a complete story arc and can be read as a separate series or as a follow on from the Foxblood trilogy.