Evan is a Canadian author who has been writing both original and fan fiction works for more than a decade, and finally decided to make the jump to self-publishing with his techno-thriller "Thermals."

Since then Evan has turned out novels in the Warrior's Wings series, the Odyssey One series, and the first book in an alternate history series set during the height of the Roman Era. From ancient Rome to the far flung future, Evan enjoys exploring the possibilities inherent when you change technology or culture.

Evan has been writing most of his life in one format or another and, though his post-secondary education in computer sciences and has worked in the local lobster industry steadily over the last decade, writing has always been his true passion. In his own words "It's what I do for fun and to relax, there's not much I can imagine better than being a storyteller." 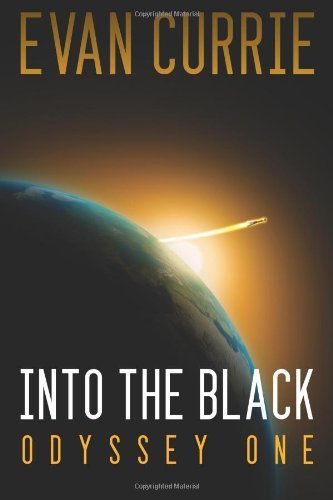 Into the Black [Remastered Edition] (Odyssey One Book 1)

This edition ofOdyssey One has been completely edited and remastered to correct the typos and content issues that reviewers commented on in the original edition.
Beyond the confines of our small world, far from the glow of our star, lies a galaxy and universe much larger and more varied than anyone on Earth can possibly imagine. For the new NAC spacecraftOdyssey and her crew, the unimaginable facets of this untouched world are about to become reality. 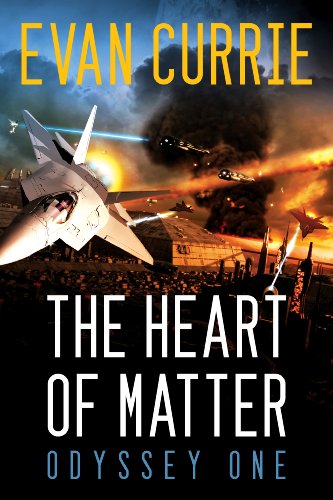 The Heart of Matter (Odyssey One Book 2)

After an epic maiden voyage that introduced Earth to a larger universe-and a cosmos full of terrifying new enemies-Captain Eric Weston and the crew of the NAC spacecraftOdysseyhave spent months cooling their heels under their admiral's watchful eye. But when Earth's newest ally, the Priminae, strike a defense deal with the North American Confederacy, theOdysseyfinally receives her orders: return to Ranquil, the Priminae's war-ravaged homeworld, and lend badly needed support against the invading Drasin. 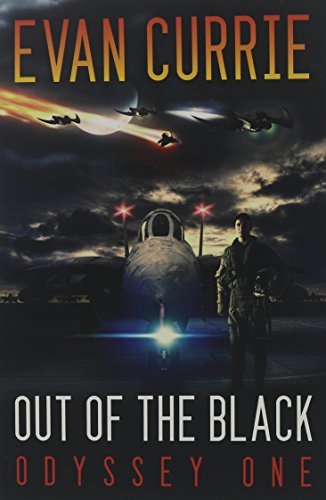 Out of the Black (Odyssey One Book 4)

Deep in blackest space, the Drasin have watched humanity's journey to the stars-and determined that a species as barbaric as ours has no place in the cosmos.
The wreckage of the starshipOdyssey, once Earth's greatest guardian, lies strewn across New York City. Abandoned by all but its captain,Odyssey's sacrifice covered the withdrawal of countless troops as the Drasin assault ravaged the planet. When Captain Eric Weston finally emerges from the rubble, impossibly alive thanks to the mysterious "Gaia," he knows with the Drasin it's kill or be killed. 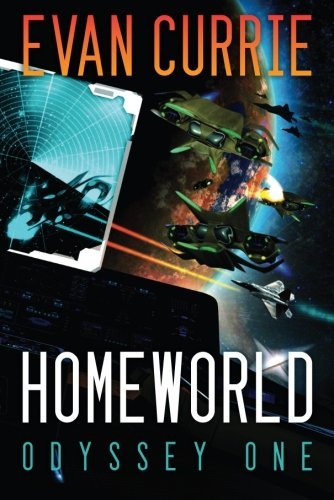 The consequences of Earth's exploration of the Galaxy come home to roost when the Drasin track a human ship back to Earth. Mounting a desperate defense, the crew of the NAC spacecraftOdyssey, their allies, and the people of Earth face an overwhelming force of invading alien ships wielding terrible power. Doomed from the start, but with nowhere to retreat, Captain Eric Weston commits his ship to the defense of the human race even as the human outposts in Sol system fall one by one before the unrelenting Drasin onslaught. 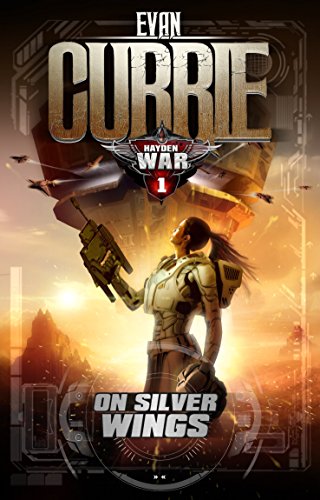 When the Colony on Hayden's world went black, a team was sent to investigate. It was supposed to be a training mission : skip in, find out the Casimir Transmitter had gone dead, report back and wait for resupply from the Fleet. By the time the only surviving member of the team made landfall, it was spectacularly clear that this wasn't a training mission. 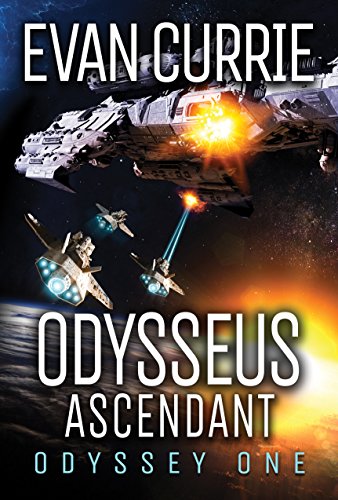 A mysterious entity may be the key to a starship's survival-or a terrifying new threat-as the Odyssey One series continues…
The Empire has set its sights on its next target: human Terrans. As effective allies of the Priminae, the denizens of Earth have proven themselves enemies to the Empire, and now the Imperial forces know more about the Terran home world than ever before.