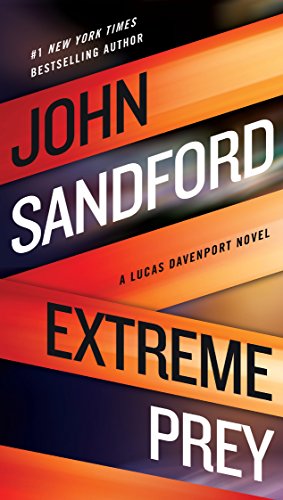 After the events inGathering Prey, Lucas Davenport finds himself in a very unusual situation-no longer employed by the Minnesota BCA. His friend the governor is just cranking up a presidential campaign, though, and he invites Lucas to come along as part of his campaign staff. "Should be fun!" he says, and it kind of is-until they find they have a shadow: an armed man intent on killing the governor...and anyone who gets in the way.

John Sandford was born John Camp on February 23, 1944, in Cedar Rapids, Iowa. He attended the public schools in Cedar Rapids, graduating from Washington High School in 1962. He then spent four years at the University of Iowa, graduating with a bachelor's degree in American Studies in 1966. In 1966, he married Susan Lee Jones of Cedar Rapids, a fellow student at the University of Iowa. He was in the U.S. Army from 1966-68, worked as a reporter for the Cape Girardeau Southeast Missourian from 1968-1970, and went back to the University of Iowa from 1970-1971, where he received a master's degree in journalism. He was a reporter for The Miami Herald from 1971-78, and then a reporter for the St. Paul Pioneer-Press from 1978-1990; in 1980, he was a finalist for a Pulitzer Prize, and he won the Pulitzer in 1986 for a series of stories about a midwestern farm crisis. From 1990 to the present he has written thriller novels. He's also the author of two non-fiction books, one on plastic surgery and one on art. He is the principal financial backer of a major archaeological project in the Jordan Valley of Israel, with a website at www.rehov.org. In addition to archaeology, he is deeply interested in art (painting) and photography. He both hunts and fishes. He has two children, Roswell and Emily, and one grandson, Benjamin. His wife, Susan, died of metastasized breast cancer in May, 2007, and is greatly missed.