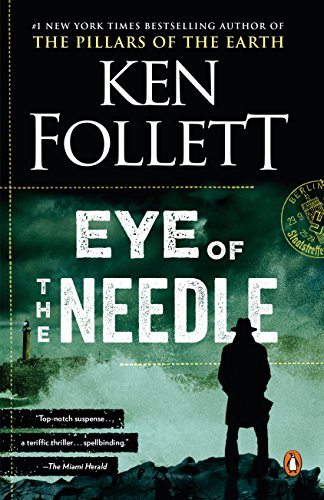 Eye of the Needle: A Novel

The worldwide phenomenon from the bestselling author ofThe Pillars of the Earth, World Without End, and A Column of Fire

His code name was "The Needle." He was a German aristocrat of extraordinary intelligence-a master spy with a legacy of violence in his blood, and the object of the most desperate manhunt in history. . . .

But his fate lay in the hands of a young and vulnerable English woman, whose loyalty, if swayed, would assure his freedom-and win the war for the Nazis. . . .

Ken Follett was only twenty-seven when he wrote the award-winning EYE OF THE NEEDLE, which became an international bestseller. His celebrated PILLARS OF THE EARTH was voted into the top 100 of Britain's best-loved books in the BBC's the Big Read and the sequel, WORLD WITHOUT END, will be published in Autumn 2007. He has since written several equally successful novels including, most recently, WHITEOUT. He is also the author of non-fiction bestseller ON WINGS OF EAGLES. He lives with his family in London and Hertfordshire.