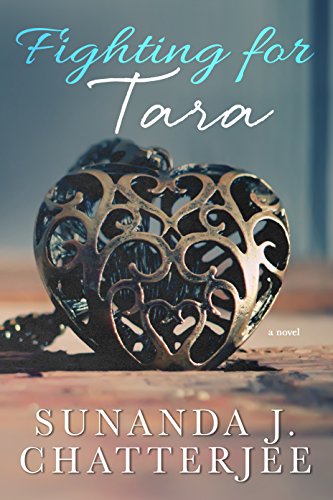 Fighting for Tara: a novel

How far will a mother go to save her child?

"I have no use for a baby girl. Get rid of her tonight!" He towered over her as she cringed in fear.

But Hansa, a thirteen-year-old child-bride in rural India, refuses to remain a victim of the oppressive society where a female child is an unwanted burden. Instead of drowning her baby, Hansa escapes from her village with three-month-old Tara.

Hansa soon discovers that life as a teenage mother is fraught with danger. But a single lie opens the door to a promising opportunity far from home.

Just seven years later, Hansa finds herself fighting for Tara's life once more, this time in an American court, with a woman she calls 'Mother.'

Will the lie upon which Hansa built her life, defeat its own purpose? How can she succeed when no one believes the truth?

A story of two mothers, two daughters and a fight to save a child,Fighting for Taraexplores the depth of love and motherhood.

While medicine is her profession, writing is her passion. When she’s not at the microscope making diagnoses, she loves to write fiction. Her life experiences have taught her that no matter how different people are, their desires, fears, and challenges remain the same. Her themes include romantic sagas, family dramas, immigrant experience, women’s issues, medicine, and spirituality. She loves extraordinary love stories and heartwarming tales of duty and passion.

Her short stories have appeared in short-story.net and induswomanwriting.com. Her first novel The Vision was published in 2014.

She grew up in Bhilai, India and lives in Arcadia, California, with her husband and two wonderful children. In her free time, she paints, reads, sings, goes on long walks, and binge-watches old TV dramas.