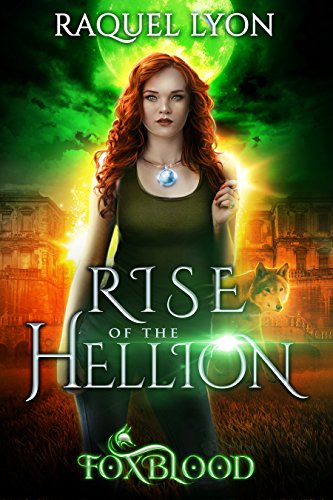 Something's stalking Sophie-and it's not just her boyfriend's cute cousin!

Pulled from a life of obscurity and chosen to take over from a dying goddess, Sophie is thrown into a world where the supernatural is normal and the humans are oblivious.
Without meaning to, Sophie is making enemies, and as corpses mount, she fears for the people she cares for, but when someone she loves is accused of the killings, Sophie is convinced it can't be true and sets out to prove their innocence.

Continuing the story from A Brush with the Moon, Rise of the Hellion is the second book in the Young / New Adult fantasy trilogy, Foxblood.**
Content may be unsuitable for those under 15.

**Due to reader demand, this Trilogy is now part of the Fosswell Chronicles. It remains complete, but readers who enjoyed it can now continue to read more from the same world in Dragonblood.