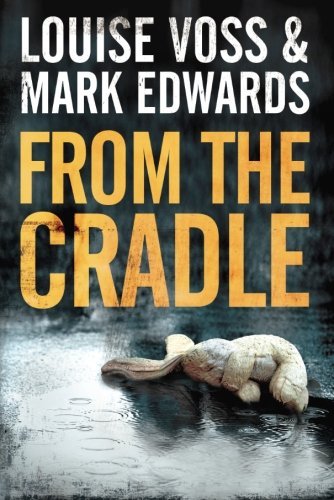 The first child was taken from her house.
The second from his mother's car.
The third from her own bedroom...

When Helen and Sean Philips go out for the evening, leaving their teenage daughter babysitting little Frankie, they have no idea that they are about to face every parent's greatest fear.

Detective Inspector Patrick Lennon is hopeful that the three children who have been abducted in this patch of south-west London will be returned safe and well. But when a body is found in a local park, Lennon realizes that time is running out-and that nothing in this case is as it seems...

Blending police procedural with psychological thriller,From the Cradle will have every parent checking that their children are safe in their beds...then checking again.

From the Cradle is the first book in the Detective Lennon Thriller Series.

I write psychological thrillers. My influences include writers such as Stephen King, Ira Levin, Ruth Rendell, Ian McEwan, Val McDermid and Donna Tartt and movies like Rosemary's Baby, Single White Female, Fatal Attraction and anything in which scary things happen to ordinary people.